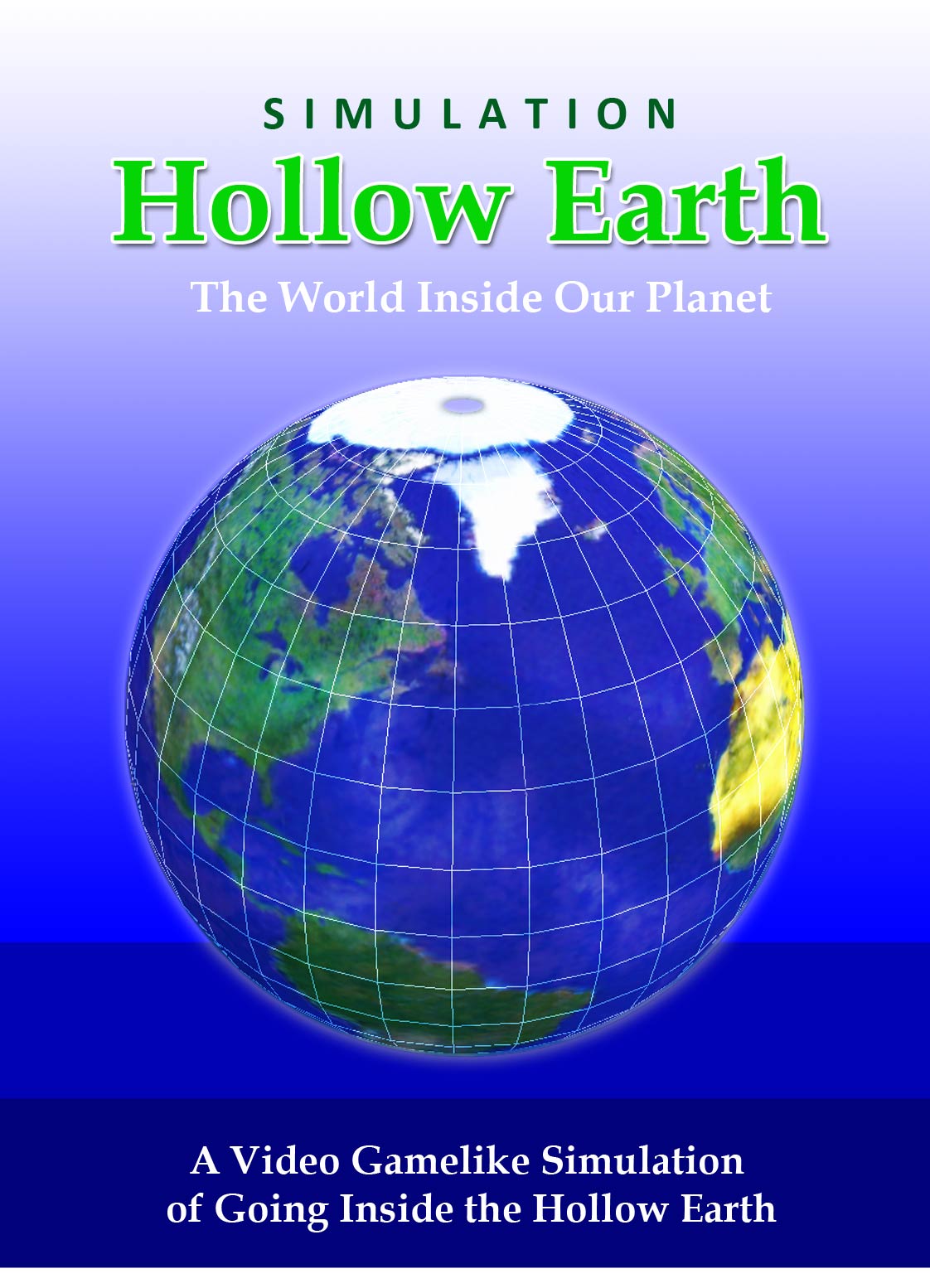 I'm developing a game called "Simulation - Hollow Earth".  This simulation will allow you to travel to the Hollow Earth with your computer and see the world inside the planet.  Initially it will be available for PC but later on it will also be available for Macintosh as well, including the X-Box, Playstation (PS3) and for smartphones and ipads. For those who are familiar with video games this will be a "First Person Viewer".  On the game, there will be two places where people can start, one is in the area of Western Greenland and in Tasmania, Australia.  In Greenland you can either choose to go by airplane or cruise ship which will take you to the opening of the Hollow Earth.  The difference is by ship, it will be much slower as you will be confronted with lots of icebergs along the way.  Once inside the Earth, the aircraft will be greeted by a few UFOs that will guide the aircraft in landing it safely.  On the ground there will be friendly Agarthians that will welcome the surface visitors.  Dont be surprised as they are literally giants around 10 to 15 feet tall.  There will also be dinosaurs on the ground as well as in the air as they are not meat eaters for they are actually vegan or vegetarians and will not pose any danger to humans.  You can opt to ride any of these dinosaurs as though you are riding a horse.  Take note also inside this world, the gravity is bit different, your weight will be much lower than it is in the surface which means you can levitate or slightly float in the air while walking.  The fruits and vegetables are massively big! Trees are literally hundreds and into thousands of feet tall as they really dont cut any of them as they have a policy of treating all living things with utmost respect. The vegetation is really allowed to grow wild without trimming them.

Inside this world there is definitely "ZERO" crime rate; people are peaceful as they dont practise "capitalism" and no one is greedy as they treat absolutely everyone as their own family.  So, which means for more than 12,000 years theres not a single war among them, no disease, no poor and everybody lives in happiness and harmony.  This means that theres virtually no pollution in their air, land and sea.  Most importantly they were living in this peace and joy utopia for thousands of years.  See the visiting people from other planets and talk to them as you wish.

In this game you can ride a UFO inside the Hollow Earth if you wish and that will make your exploration much faster than just walking around.  Aside from that you may want to try the flying basket that will fly guided by your thoughts for directions as to where to go whether to go higher or lower, left or right, faster or slower.  Another option is to use the hyper -speed tunnel that has cable cart that runs faster than the French TGV or the bullet trains in Japan.  At the center of the Earth there is no core instead there is a central small sun that does not move and changes color every few minutes.  This light source is the reason behind the aurora that we see in the northern skies.  Since this small sun is powered by cold fusion it is therefore not hot. And also since the small sun is stationary in one place, there is no sunset and neither sunrise.

You may also go into hollow earth via the South Pole.  You do this by going to Tasmania in Australia and ride a small private submarine that will go underneath the ice cap of Antarctica.  In this game you will get to see the German society who migrated to the "Rainbow City" which is located halfway inside the hollow earth.  They are not inside the Hollow Earth territory but only outside the entrance.  Take note that once inside the tipping point of either north or south poles the temperatures changes from icy into tropical with occasional cold winds from the poles.  And water inside the pole entrances are all "freshwater" and it is not salty because of the gravity due to the magnetic curvature as the Earths magnetic field bends at the poles.  You can experience all of these with this computer generated simulation of Hollow Earth.

Once the game is finished and ready, it will be sold somewhere around 30 to 40 Dollars each.  Part of the reason I am developing this game is because I want to make a contribution to the couple Billie Woodard and Jane Stevens.  Billie is originally from Hollow Earth and he went into the surface world in order to tell the world that there is indeed a hollow space inside the planet containing a civilization called "Agarthians".  They are the people who survived the war between Lemuria and Atlantis by going underneath the Earth.  I will donate 70% of every DVD that will be sold from this game/simulation to Billie and Jane until such time when they can finally go back to their own society inside the Hollow Earth. 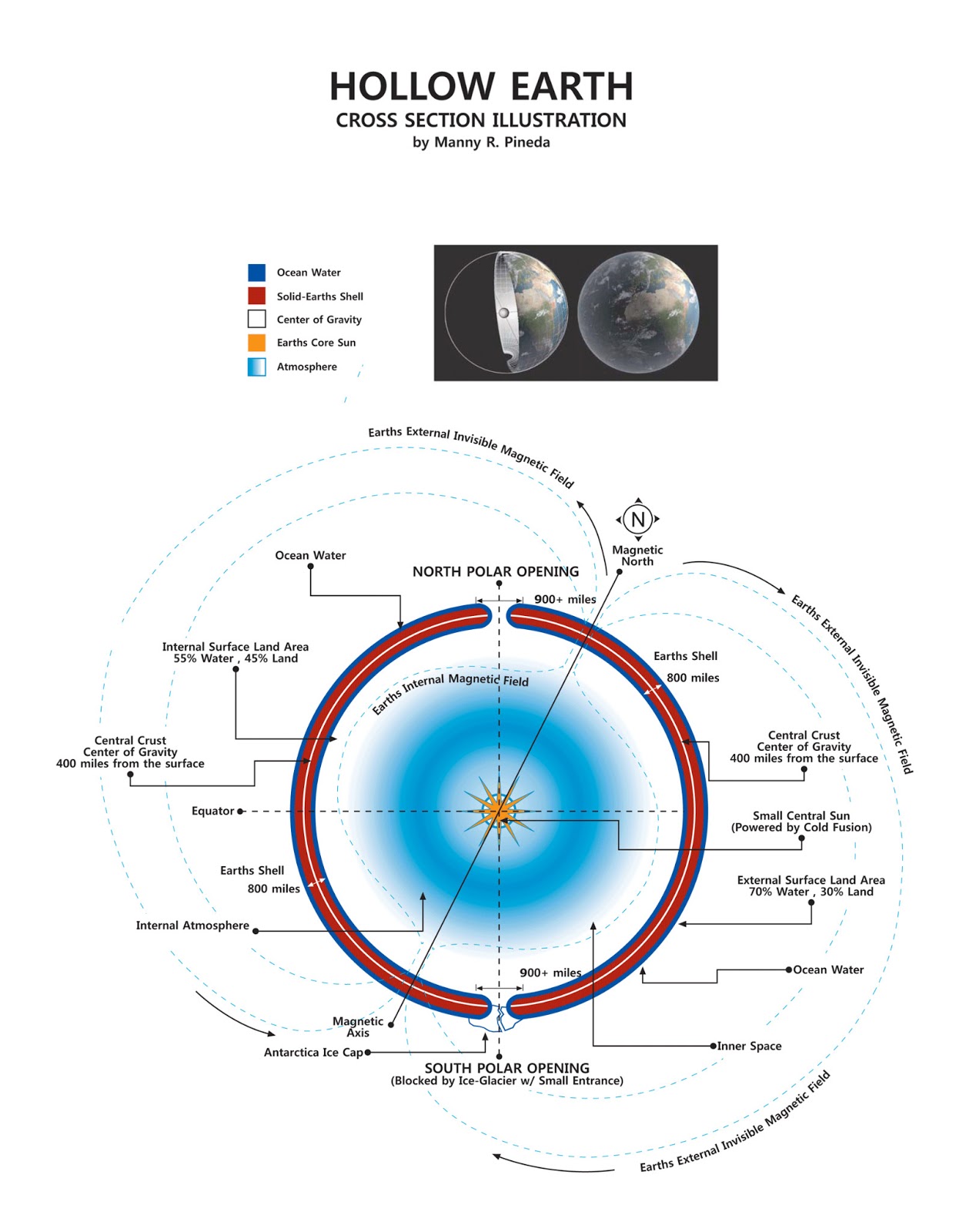