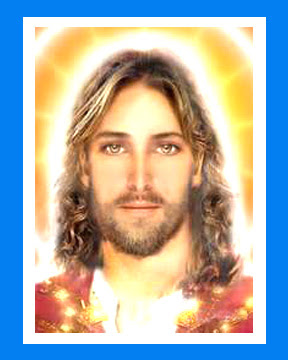 Ladies and gentlemen allow me to introduce "Sananda".  He is one of the many children of the Prime Creator God.  Sananda was his real name even before he incarnated two thousand years ago as Jesus.  Eons and eons ago a project was hatched having a goal to establish "Earth" as a center for training as well as a dwelling place for chosen/volunteer beings from allover the universe and beyond to come and experience duality, 3D world, repeated lifetimes (reincarnations) and many more.  Sananda was the main head of this project in which he supervise and oversee the evolution and development of souls on this planet.  With this project in mind they allowed some provisions such as permitting the dark forces to flourish and take control of the planet.  But of course, the Earth are under their watchful care.  For example they prevented recently an asteroid from hitting Earth in which they regularly do to protect the on going school of learning on Earth.  They are the ones who prevented the allout nuclear war as they deactivated all the isotopes as well as the circuitry of the missiles.  These are just some of the many things they have done to preserve the Earth and its inhabitants.

But this Earth School had finally reached its final conclusion which is why Sananda and Ashtar including Mother/father God are now actively establishing their presence to be felt and are regularly releasing their messages for our awareness about the time that we are in.

Sananda have a series of new messages in which he would like to correct some of the misconceptions and misunderstanding that we humans had develop about him for the last two thousand years.  I will post those messages one by one or chapter by chapter.  And allow it to be read purely as it is, which means I will not add any commentary whatsoever.  Right now he already released six chapters of his new series of messages designed to correct and inform us.  So, stay tuned and I will post Sanandas messages soon.
Posted by Manuel Pineda at 7:36:00 PM