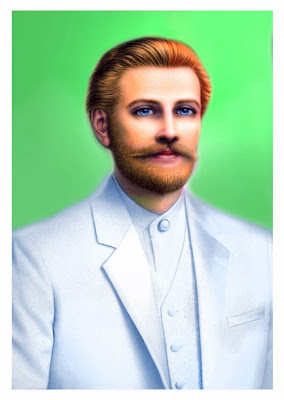 Manuel:  From now on St Germain will be remembered as the champion of the cause of the poor and the hero of the world economy by bringing prosperity to every single person on the planet.

Our response to this kind of generosity should be, is to emulate his example by doing the same thing with one another.  Thank you very much St. Germain your service to humanity will never be forgotten.

The news today is about the revaluation of currencies. It will be happening this week from what we can see. The holdouts have found they have no choice but to go along. For instance, their option involves agreeing to have their debts paid off vs. going out of business in a blaze of scandal and shame. One prominent player is our old friend, JP Morgan. There is a gradual changing of the guard as some of the old bastions of power are overtaken by new, enlightened leadership. Others will cease to exist and fade into memory as quickly as Enron and WorldCom have done. No centers of greed and exclusivity will remain once the evidence of their destructive effects are completely revealed.

We are in meetings constantly. The U.S. Secretary of the Treasury, Jack Lew, Obama, Putin and other global leaders have been working feverishly. By the way, Ben Bernancke is still in place, but has no power now. It was decided to keep him in office for a short time to allow all decisions to be run thru him without any resistance on his part, since he is now completely ineffectual in the role. He will now do as he is told, and has no power to act on his own.

The Prosperity Funds are in place, will begin to have an impact slowly as we begin by funding the organizations we have discussed previously - those whose mission is truly in the Greater Good. We know who they are, so there is no need for anyone to apply for grants. They will be freely given, with issues of hunger, water, and basic housing needs taking first precedence.

We hear the pleas from Lightworkers to lighten their burdens in order to free them to do their real work. It will be done, as the currency revaluation allows those among you who had a little money to invest to become the beneficiaries of resources to share with others. It will be a glorious day for those who love to help. They will find themselves in the position of being able to bring real relief to those in need.

I am asking Lady Portia to take charge of distributing funds. She has set up a Foundation for this purpose, and will be able to hire a person to work full-time to help redistribute funds by giving small grants to individuals in need. She will be able to act as a clearing house for donations from those who may wish to support her Foundation, and who would prefer to give of their bounty through the Foundation. The focus of the first wave of giving will be to assist Lightworkers and their families. This will be the only organization of its kind, specifically designed to help those who have given their hearts to the work of Spirit.

It is with great Love in our hearts that we give this message to you now. We know how your anticipation has held you captive for many months, waiting for the promised good news to become tangible. I can assure you, the monumentally complex puzzle which is the global economic system has at last been brought under our direct supervision. While there are still Dark Hats (but not Reptilians) in place, their power has gradually waned, as ours has increased. The handwriting is on the wall, as you might say. The balance has tipped, never to be returned to the Dark side.

We have taken great pains to allow this complex resolution of the global problem to unfold gradually, in order not to create chaos, which would invite anarchy. You have the example in the U.S. government of what can happen when the loudest bullies are allowed free reign within their artificially-constructed political parties. It is a good catalyst for change, this stage-play which has become so obvious in it falseness. Of course, a stalemate which shuts down parts of the government is not a comfortable scenario in the short term, but it will become clear to all just how little real power the so-called government actually has.

Your system runs basically on good will and the memory of democracy which the people still carry in their hearts. This is not dependent upon any politician to enforce, but only requires that people maintain the spirit of democracy in their hearts as the template which will create the real system of governance you were entitled to have since the foundation of your North American nations.

In the aftermath of economic freedom, real political freedom will follow. A people who are free to act on their hearts' desire do not choose to oppress others. It may take a period of adjustment for the full effect of this change to sink in, but you are resilient, and those of you who have lived with the real hope of democracy and what it promises already have the ability to step into the freedom with joy and confidence once it is presented to you.

I would like to add an explanation here to the discussion I began on last week's call, which many thought was a contradiction or challenge to previous information given by me and by Father God. I revealed in that moment the feeling I have always had about the dangers of currency trading and the revulsion I have had toward any trading of power which can endanger a country and its people.

Here is the basis for my philosophical position:

Money itself, and currency trading in particular was an expression of the greed and instruments of power which were established by the Dark Hats in order to gain power over whole countries and their peoples. Manipulation of currencies has successfully brought several countries to their knees in recent times. It is not a well-known lesson in economics, since what you know as "economics" is in fact the justification for Reptilian power-building.

Currency trading itself should be unacceptable in any form. There is no good reason in the real world for currencies to be bought and sold; in doing so it makes it possible to buy and sell whole countries. Trading real goods and services does not require currency trading, and no transaction need be made involving money where no real work or product is involved. This change alone would restore the power of the merchant class - traditionally the homegrown middle class - to replace the bankers who can manipulate whole industries, and eventually the entire global economy, from afar.

I did not intend to lump Lightworkers who are investing in dinars with the greed mongers of the past. I only wished to point out that it is reasonable to be cautious, because in using the currency trading tools of the Dark Hats, one must be very careful to understand that this is just that - a ploy in which we use the Dark methods against their originators. It is not to be thought of as a fix for anything other than the short-term poverty those Dark Ones caused. I want to emphasize that it would be a trap for the unsuspecting Lightworker to be caught up in the idea, once again, that money is a necessary and effective fix for the problems in their lives. It is not. Now that the Reptilians are gone, manifesting what you need will be far easier than it was just a short time ago, and many of you will be in the position of giving and receiving, which is the true cure for the old problems.

It is with great pleasure that I am able to report to you that the years of hard work we all endured have paid off handsomely, now that we have the latitude to operate on the open playing field where the Reptilians once held sway. We have already made enormous progress - and remember, it is only now 6 weeks since their departure.

The reeducation of those in power will take a bit more time, but as they lose in influence, and as their actions are made transparent for the first time, the rewards for manipulation, deceit and greed are ever slimmer. Hold fast to your Love and Light, Dear Ones. The power of your high vibrational energy will literally move mountains. This is what makes our forward progress so swift and sure. This very week you will begin to feel the ground shifting under your feet, and the skies will truly smile on all of you.

I send you endless Love. I am your servant always, the one you have known as St. Germain.