Manuel:  Ashtar has confirmed that indeed the New Jerusalem has moved, and headed towards the Earth. 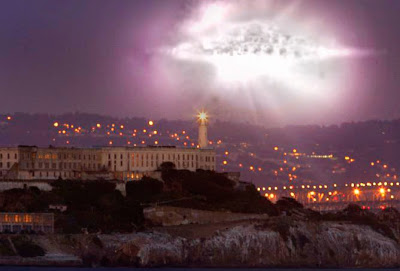 Imminent Arrival of the New Jerusalem 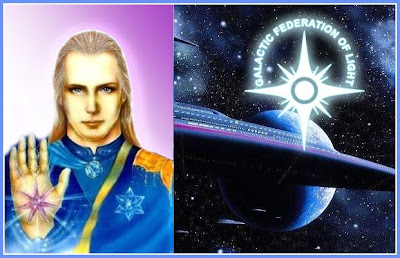 ASHTAR
Commander of The New Jerusalem


It is the time of all rejoicing here on our ship, The New Jerusalem, for we have been having a great big party... dancing, singing, feasting, laughing, tearing with so much happiness and love because our ship has moved out of its stationary place that was in front of the planet  Venus - moving down closer to your world, Gaia.

Yes, Dear Ones, as we noticed, some of you saw us in your sky, much brighter and obvious to the view of many ... our big city in the sky ... hovering over you now.  Aren't we beautiful???

Now, Dear Ones, what does this let you know?  Do you realize what this means for your near future?  Have you put the puzzle together yet?


Dear Ones ... let me inform you with this good news ... Mother Sekhmet was escorted from her life on Earth and taken to speak before the Council at Shamballa.  She was invited by Sanat Kumara to do so.  As she has spent this life incarnated on Earth, she speaks as a representative of Humanity... all the creatures, magical beings, plants and minerals - All Life on Earth -  and Gaia Herself.  Mother Sekhmet  stood before the large ominous, esteemed Members of the Council at Shamballa to State the Case for Disclosure Announcements and the enactment of NESARA Law... NOW!

Master Serapis Bey had explained, before the meeting, in a counseling session to prepare for the Presentation, that the Conundrum of no fear was coming from Source Energy. As things stood, there was an impasse because Source energy Itself, in all Its Perfection, in All That Is, held the memory of the Fall into the Matter Universe and was pulsing this out through its magnificent impulses down through the Central Sun and down to Earth. As it sustained life here; it sustained fear, in a sense.

A plan was hatched then. Mother Sekhmet requested a meeting with her Twin Flame, Alcyone, to visit the Ra Temple of Creation on the planet Saturn.  Ra, Alcyone, and Mother Sekhmet formed the Holy Trinity at the Godhead.  Together, under certain conditions, they can change Source Itself and thus change All That Is.

It has been made complete.  The Reset is complete.  All we have to do now is sit back, my Dear Ones, and watch it unfold!

"Coming to the edge, running on the water, coming through the fog, our sons and daughters!"

ATHENA
Ashtar/Athena
Posted by Manuel Pineda at 1:55:00 AM