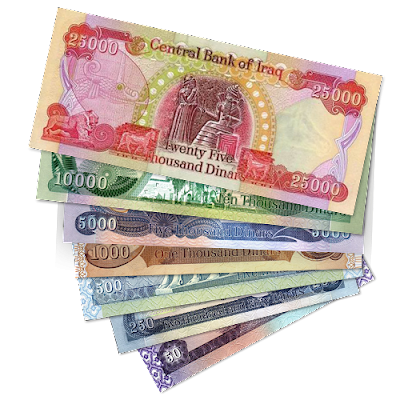 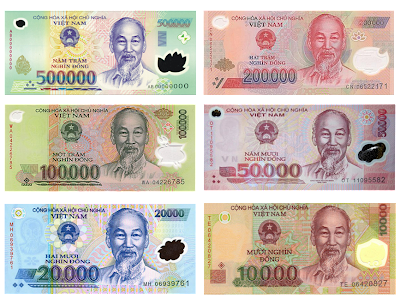 There will be a Global Revaluation of currencies in the coming days.  Two of the most expected to significantly change in terms of rate are the Iraqi Dinar (IQD) and Vietnamese Dong (VND).

In the early 1990s the value of US Dollar was 3.35 per one Iraqi Dinar.  That has change eversince, especially during the two invasion that took place in that country.   Today, 1 USD is equal to 1,165 IQD. The difference is huge.   But the coming revaluations will mean it will either return or recover from its original value.  Some have said that the exchange rate of Iraqi Dinar will become 8 Dollars or more.

Now that the President Obama and Iraqi leader Maliki have met in the White house.  The timing of the announcement of the changes and or revaluation is in the hands of President Obama.  The Global Reset means it will affect all the worlds currencies.  And this will level the current inflated values of various rich countries currencies that had been artificially push into higher rates than most other countries in order to have power over the nations of the world.

The Revaluations had been delayed for quite sometime.  And of course they are studying the proper timing to begin these changes into the global currencies.  So far, all signs and indications are on the go.  We just have to wait for the official announcement.

While I am not encouraging everyone to buy either Dinar or Dong the decision is entirely up to everybody.  You will however benefit once the changes on the rates took place.

But, I don't want to put your hopes and faith on the currencies of the world; for these are just temporary relief.  These are just transitional phases, as it will all soon fade.  Because right after these, the next set of announcements will be:

- About the changes in the governments of the world  (New Governments)

- Distribution of Worldwide Prosperity Funds to every human being.

- Announcement of the presence of ETs on Earth and off world in orbit.

- Announcement of the release of Suppressed Technologies invented by various people in the  world that can make the use of fossil fuel (crude oil) obsolete.  Free energy had been around for decades but was just intentionally prevented in order to further the business of Petrochemical Corporations and etc.

- The arrival or Mass Landing of Beings from other Star Systems beginning next year.


As of this moment those group of people around the world who have been intentionally trying to prevent these from happening are being tracked and monitored.  Their secret activities and identities will be revealed.
Posted by Manuel Pineda at 2:19:00 PM