Zorra said: They are heralding the ending of free will. The Galactic Federation will be stepping in at that point..."The Arrival." You will awaken to see huge ships, 2-3 miles long, above your cities. It will follow the RV. "


Manuel:  Father God revealed minor adjustments to the divine plan which is called:  "The Arrival".  As usual, it has been proven time and time again that the governments of the world cannot be relied upon the disclosure of the presence of Galactics; as they are afraid to the impact that it will cause to the worlds economy.  In other words they don't want to lose control of the world.  Because the moment people learned the fact that we are not alone in the Universe and that Galactic beings had been in contact with Earths governments for over a century (100 years) then it means we have been living a very antiquated lifestyle; too much dependent on fossil fuel when there is an abundant source of free energy that people can use that can significantly alter the way of life in the surface world. The Galactics are here within the vicinity of Earths orbit and are not carrying any amount of gasoline or diesel.  They are using a more safer, cleaner and ingenious way of generating energy not reliant on pollution causing fuel.

The reality of the presence of the Galactics once it is widely known globally can really change the world overnight.  People will begin to realize that they have been here for all these decades wanting nothing but friendship, peace and cooperation.  And best of all they want to include us as a new member of the Galactic Federation of Light in this Milky Way Galaxy.

It was just our world governments who are standing, blocking the way for this to happen.  The so called "The Arrival" will shatter the silence once and for all.  Since the world governments does not want to tell their people about their presence, the Galactics will then introduce themselves with this arrival.  It is about time that the world knows that we have neighbors living inside the interior hollowed space of their planet who are very concerned about us, such as the people of planet VENUS in which most of the Kumaras came from and all the people and representative coming from far and wide such as the Pleiades, Sirius, Andromeda and many others.

With this Grand Arrival they will no longer wait for any government to do the announcement.  They will literally appear above the sky of the worlds major cities.  Take note, these motherships are several miles in size.  And some are even thousands of miles long.  But those motherships from Sirius will not be able to appear as they are much larger than the Earth and is currently parked infront of the Sun.  But they will send smaller spacecrafts as part of the Arrival Team in the coming weeks ahead, just shortly after the revaluation of the worlds currencies. 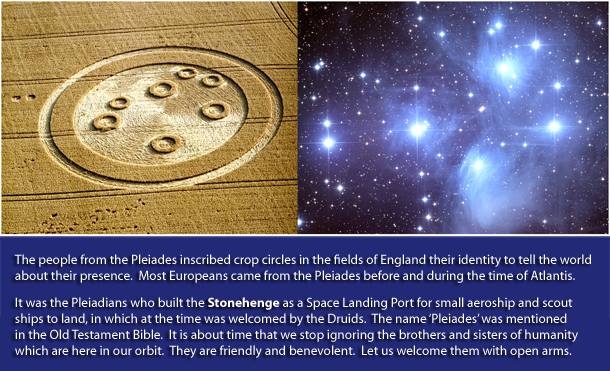 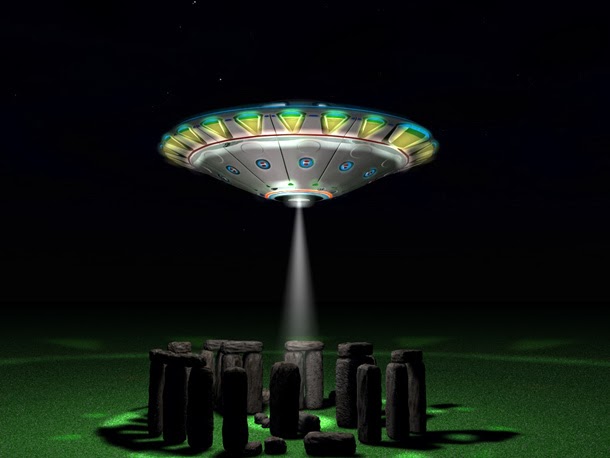 Computer Graphics Image or CGI rendition of Stonehenge being visited by UFO.
Posted by Manuel Pineda at 1:31:00 PM