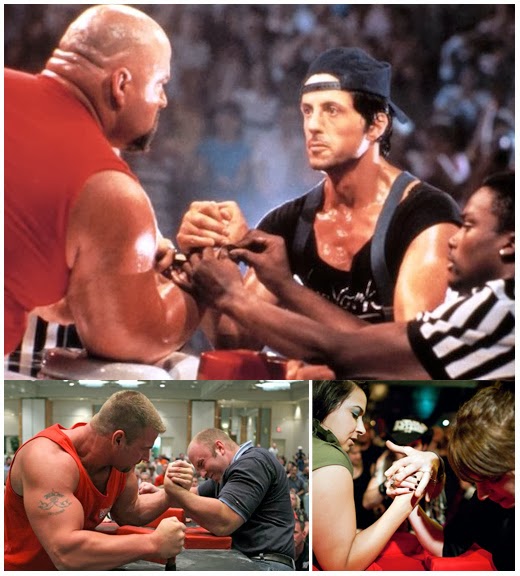 The Cosmic Arm Wrestling Match (so to speak) between the Galactics and 'the Powers that be' of this world are showing signs of being finished, it's about to be over.  Of course I'm speaking metaphorically.  I'm just trying to describe the struggle between the forces of Light which is headed by St. Germain and the forces of Darkness which are the worldwide powers that be which are the minions of the Reptilians from "Orion" that arrived on Earth secretly during the time of Atlantis.

Based on the reports of what we are getting and are slipping even from mainstream media, the forces of Darkness are getting weaker and weaker.  The team or troops of St. Germain as Father God calls it, is proven to be much stronger than the forces of darkness.

And speaking of Darkness.  Darkness has nothing to do with 'colors' or race.  It refers to the beings whose spark of light had dimmed significantly due to their reluctance to live a life the way they were meant to be.    Each individual being is a portion of the Great Creator God which came from Him as a spark of Light.  Each spark of Light nature is love.  Love is a natural expression of every beings of Light.  The spark of light is the soul or spirit that came from God that became an individual.  Which is why God keep on telling us that we are ONE for we came from him as one source.  This spark of light is what powers the body, just like the car is run by the engine and fuel.  The spark of light is the engine and the fuel of the physical body whether it be animal or human being.

But some of this spark of lights - individuals; because of their freewill decided to live and operate based on subduing their light to the point that you can't see any light from them at all.  In other words, they become like darkness themselves.  In the words of Jesus (Sananda) from the bible:  "The world loves darkness rather than the light for their deeds are evil."  And so darkness has nothing to do with the black people.  For the darkness of peoples hearts is present on every races of people.  Part of the challenge of the Lightworkers therefore is to refuse to live in darkness (so to speak).  Which is why Jesus also said;  "Let your light so shine that they may see your good deeds."

Darkness is possible when a being willfully and consciously turn away from living loving attitudes indefinitely.  For the ways of darkness are selfishness, greed, anger, impatience, unforgiveness, unkind, rudeness, does not care with others, deliberately lying to deceive to make others suffer or get profits and benefits from fooling others.  Darkness is when beings disrespect others to the point of acting to control others as though people are their own property.  And most of all darkness is when a being desire and wants to hurt others either physically or emotionally and psychologically.  Murders, killings, violence and wars are not the ways of love but of darkness.  This includes those who masterminded these violent things to hide themselves and started protest, wars between neighbors, friends and even nations through the use of  "BRIBERY".

Worldwide Bribery makes it possible for the Network of Global Elite who owns banks, Pharmaceutical Corporations, Military Industrial Complex to hide their identity as though they are innocent when in fact they are the ones who financed all kinds of organized crime from bombing, outbreak of diseases, wars, protest, rebels uprising, drugs and etc.   The world does not know that a lot of diseases in this world were created in their laboratory.  And because they also own the Mass Media they can choose what kind of news they want the world to see and COVER-UP what was done in secret.  In order for the truth not to be known all they have to do is create a fancy scenario of putting the blame on a group of innocent people or individuals.  In addition to these things, their bribery operations makes it possible to own majority of the worlds Judges, Courts, and even Attorney at law.

They built Universities and Colleges and made sure that its a controlled Academic system that will only teach within the boundary of their accepted ideals and not let the people learn the true history of the Earth and the knowledge of free energy sources.  They put their Puppets in Governments of the world to further the cause of Darkness and its activities.  And so there are so many people in the world governments who were there because they were hired not to serve the public but to serve the evil deeds of these people who have Dark interest at heart.  Yes, you can name it they've got it all covered: Army, Navy, Police Forces, Congress, Senate, CEO of largest Corporations and even some small companies etc. And because of these; they are ever confident in doing these things around the world because they think they built a foolproof system that cannot be tampered.  In other words, they think no one will know what they do in secret.  But they are wrong,  because in the higher dimensions absolutely nothing ESCAPE all the evil hidden things they say and do.

This is the kind of Darkness I am talking about.  In the world of capitalism; the world is RULED by people who loves darkness who keeps the world in total darkness and are discipled and brainwashed by the forces of Darkness - the reptilians.  Those who have the most sources of cash have the most ability to finance bribery operations around the world, secretly funding all kinds of crimes in order to control people and or get more cash for themselves. The Forces of Light led by St. Germain in the beginning were taking things easy in the early stages of this wrestling match.  But as time goes on the minions of darkness are ever defiant and would not retreat from their position of darkness.  And this causes the Light Forces to increase their strength by several notches.  And because of that the wrestling match is showing signs of about to reach the finish line.

I think the official winner of this final championship match between the forces of Darkness and the forces of Light is about to occur before the Easter Season this year or earlier.