Jesus through John Guidance from an elder brother - April 21, 2015 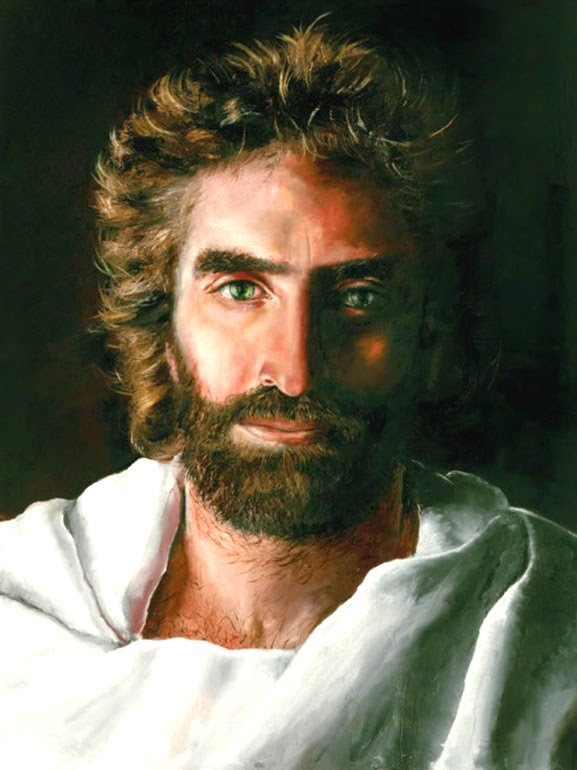 Guidance from an elder brother

You are all divine beings, eternally alive in the Presence of God,
and at One with Him and with each other;
this is a most wonderful, uplifting, and inspiring realization.

Remind yourselves daily of this great Truth;
in fact, remind yourselves hourly, until it becomes truly true for you
and remains constantly in your awareness, as it will.

And then you will awaken. That is divinely assured.


Here in the spiritual realms, the formless arena where the potential for creativity is infinite, we watch over you with intense loving interest as the moment for humanity’s awakening draws ever closer. You have heard that many times before but I assure you it is true, it can only draw closer, there will be no backsliding because it is humanity’s collective intent to awaken and that intent is in total alignment with the Will of God.


It does seem to many of you who are working consciously and valiantly towards this major event that it has been delayed, and others among you sometimes doubt the authenticity of the various channelings you read that continue to uphold and present to you the inspiring vision of your imminent awakening. Please release your doubts because all is on schedule as divinely planned.


Try and understand that the illusion, in which you are immersed as humans, uses time quite flexibly. It seems from your modern scientific measurements that time is a constant, but in fact this is not the case, like the illusion, of which it is an aspect, it is illusory, it is not what it seems. It does not operate as a constantly flowing medium like a river to the sea, but is more like an ocean in which events occur, events that may not be related in time or place but which nearly always appear to be connected like cause and effect. It is a very confusing medium, especially as it appears to be so consistent and unalterable.


You have all experienced time as moving slowly, normally, or rapidly depending on what activity it was that you were engaged in, but then you have tended to dismiss the experience as illusory and of a purely personal nature. And of course it was! Every single one of you, every human, has their own deeply personal experience of life in the illusion. There are of course many similarities, but basically the experiential and illusory state that each human undergoes is deeply personal and is never repeated, it is truly unique.


Time is not fixed, it shifts, but the field in which it operates shifts with it, thus giving it an unreal impression of stability. So, the moment of awakening has not been delayed, quite the contrary in fact, it is approaching faster than ever because the collective intent to awaken has intensified, and it is that intent that is bringing it about.


You all – and there are no exceptions here – incarnated at this moment in Earth history to assist one another in your awakening process, but the environment of the illusion is so incredibly dense that the vast majority of humans have utterly forgotten why they are on Earth. Many are seeking guidance from religious organizations, from self help “experts,” gurus, and a varied assortment of therapists and personal growth workshops and seminars as they desperately attempt to find a deeper meaning in their lives than just earning a living. Earning a living is essential for 99% of humanity, and for 90% it is a grindingly boring chore that many seek to escape from through a variety of addictions that only temporarily ease the stresses and anxieties with which your human lives present you daily.


Your nature is Love. At the deepest and most real level of your being, your center where your true Self is aflame with the Light of God’s Love, you know this. The effervescent You, that God in His infinite Wisdom and Love created for all eternity, is always alive and well. However, once you chose to experience the illusion of separation from your Source you temporarily closed down your access to your true nature to make the games in the illusion seem very real, and in that you succeeded extremely well. You do get intimations of your true nature from time to time when your meditative practice takes you deeply into yourselves, but mostly you are seemingly caught up in the distractions of the illusion – the egoic drives that so frequently set you in conflict with one another.


Life is beautiful! Unfortunately the illusory experience with which it seems that you have to absolutely engage with in every moment for the sake of survival distracts you from this wondrous truth as you struggle with the ugliness and anxiety that life as a human entails. Yes, of course there are moments of joy, of pleasure, but they are but brief and infrequent rewards for your good behavior, or so it often seems. And yet most of you know that good behavior has little to do with rewards – the sun shines and the rain rains on everyone.


As small children it was suggested to you that this was the way the world works, but as you grew and matured it became obvious to the majority that this was most definitely not the case. Nevertheless, because you had been so well trained to behave well – frequent punishment and shaming for misbehaving, infrequent rewards for exceptionally good behavior – you do tend to put on a mask or a front of good behavior that is culturally and socially acceptable. Beneath that mask you may fume, rage, or sink into depression.


The purpose of your human lives is to uncover or rediscover your own creative abilities, your divine potential. And each one of you has your own unique gifts awaiting discovery and development. But, of course, many of you were educated, went to college or university and obtained professional qualifications to enable you to earn a living, and you are now perhaps trapped in careers that bring you very little satisfaction apart from enabling you to pay the constant stream of bills in which life as a human buries you. How, you ask, do you get out of that trap and give yourself the time and the space to allow your creativity to blossom?


Well, the trap is the illusion which for many is indeed a nightmare, and your awakening is essential and imminent. And it is all of you who are making the awakening happen. You have been asleep, unaware, and unconscious for far too long as the games that the illusion has presented you with have engaged nearly all your faculties. And those games are games of sickness, suffering, conflict, betrayal, and war.


Games like that automatically lead to fear and distrust, and to a belief that you can only survive by being strong, powerful, and dangerous, so that no one will dare to attack you. And those games and beliefs are based on your belief that your bodies are all that you are, and that when they die, you cease to be. That instills within you enormous fear because it mightily enforces your sense of separateness and aloneness, and, in the end, your utter insignificance in the grand scheme of things.


Therefore to understand that it is indeed an illusion, that you are all divine beings eternally alive in the Presence of God, and at One with Him and with each other, is a most wonderful, uplifting, and inspiring realization. Remind yourselves daily of this great Truth, in fact remind yourselves hourly until it becomes truly true for you and remains constantly in your awareness, as it will. And then you will awaken. That is divinely assured. Focus on Love, your true nature, and open your hearts to receive the constant and abundant flow that is offered to you, and then share your joy as you feel that Love, by sharing it with everyone with whom you interact. That is why you are on Earth at this moment, and you do know this.