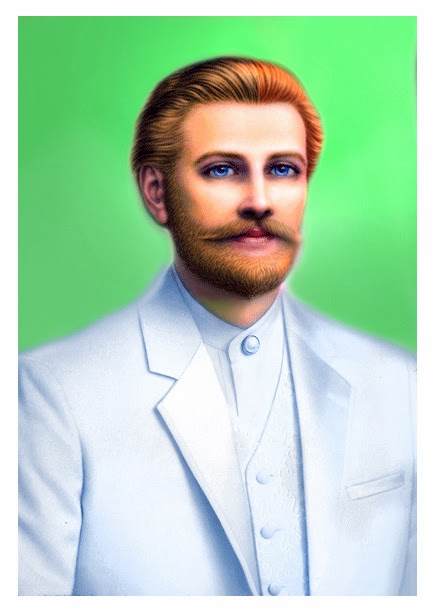 I am here today to bring you some news. I am going to keep it short and sweet and incomplete because of the secrecy that must be accomplished for the time being. It is vital that what I'm to share with you comes to the public eye and is noted as the opening to what will be spread over the wires in the coming times.


I am St. Germain, and I bring you some news about your present president. He is working for the energies that will release you all from the vestiges that you have been under for so long. He has volunteered to step in and present the opening message to the country and the rest of the world. There will be a variance of news items that will seem to be in order for the freedom of the country, and as they come forth, they will bring some forms of disarray to the people. They will feel that there is a disruption in the way they will be living and yet they will also feel that there is a coming release of all of the bondage that has been in place for so long.


This could bring a certain amount of confusion to the masses, and it may bring them to their knees at times and allow them to look within for the truth to come and set them free. As this takes place there will be a distant voice within them that will resonate with one that is speaking outwardly about what is coming on the horizon. It is about to spring some truths to them that will begin the changes that not only is this country destined for, but all around the planet as well.


As God inspired the people to grow, and elevate what it was that they insisted that they do to gain their rights, they will see more and more how they have been manipulated to serve not themselves, but the group of people who have been operating from the background. They will see the truth in the light of their own inner voices and hearts. They will realize where they can find the truth, and it isn't from those out there, so much as it is from within their own beingness.


It is the amount of truth that they will be able to sort through and apply to their lives as more and more information comes to the public and is ingested into the lives that will be formed in the light of truth. It will be a vastness that will sweep over the nation and stretch out around the globe to touch in with the rest of the information that will be released in all of the nations around the world.


This is the beginning of what you will come to realize is the newness of the way you will be living on the earth. You will all see the power that you have to create what it is that you are realizing is the truth in action. You will all begin to feel so strongly what it means to be in complete freedom and to express yourselves in the totality of Love for all of life. It will be as if you have never not known the truth. Though, in a way that is the way it has been, it has represented what you have known, on a deep soul level, what you are capable of.


I close this message with one word; it is fantasy. Fantasy is the way it has been and the way it is in the experience and expression in which you have been living. What is fantasy if not expressing in what it is that you have the ability to be? Take this communication I have given you and allow it to spring forth that which you are able to access within your beingness. You are hand in hand with The Creator. Love is the truth. You are all Love.


Thank you dear St. Germain
Much Love, Nancy Tate
Posted by Manuel Pineda at 9:35:00 AM