A Message from Mira from the Pleiadian High Council

Note:  Zorra from Hollow Earth confirmed that the light that people saw recently in the skies of California is of Galactic origin it was not by the military.  This is also confirmed by Mira as she tells about the fly by in this following message.  It's a shame that the military claimed that it was their technology testing that did it, as it only damages their reputation.  But I'm sure if we ask them to repeat the exact same spectacle of light that people saw they would not be able to replicate it.


A Fly By In California

On November 7 around 6:00PM a huge beam of blue and green light was seen in the skies from Santa Rosa California to Southern California. Here’s a link: 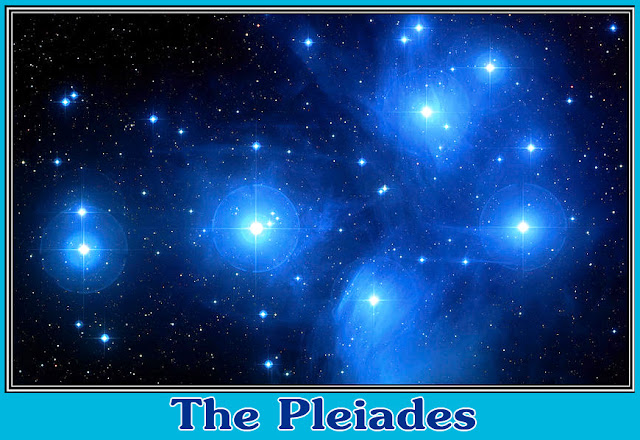 A Message from Mira from the Palladian (Pleiadian) High Council
through Valerie Donner November 9, 2015

Greetings, I am Mira.

Do we have the ground crew rounded up and paying attention to all that is happening right now on the earth? Perk up your ears and watch your skies because there will be much more coming your way to show you that we are with you. We timed the flight (mentioned above) so that you would be made aware of our efforts to comfort you and excite you with our presence and our participation in the unfolding events.

Although we can’t do things to save you we can encourage you and assist with technology where it is needed. This is the time of the greatest need for life and for the earth. Much is at stake. We are taking responsibility on the Earth Council for where intervention is necessary. We want you to keep your morale up. Discouragement makes you take steps backward and we want you to move forward with ease and grace.

When we provide air shows we do it at a certain risk. Your government continues to deny it could be a fly over and dismissed this last one as “a naval missile.” You can decide for yourselves. The truth is flawless and you will know if it is so.

We are collaborating with many powers that be/are on the earth. Our council is active. We have issues to resolve together. We are making big steps towards resolution so that the next steps in progressive change can be taken. Ultimately you will have a new planet of beauty and love like the earth was in the begining.

You will begin to see the end of the old ways. Each time there is a shift you will feel lighter and happier. Pleasant times are coming for pleasant people. The unspoken and newly accepted truths will be easier for you to integrate. The lies and perpetrations of the past are falling away.

Some are continuing to act out like spoiled children who are accustomed to getting their way. It is going to become increasing unpleasant for those who continue to pursue self-interest, greed, power, hatred and war. They will begin to feel misplaced, labeled, and revealed for who they are and what they have done to you and the planet. You will observe with wonder and awe at how they respond. It will be given to each according to his/her need.

In the end all will be revealed and your new work in the New Earth will become clear. The Earth Council is working at Light speed to implement and co-ordinate the rising needs and changing consciousness. It’s all coming together and working for you and for the earth. Self-interest is on a downward sliding scale. The release of these energies will assist you to lighten up and catapult the earth into the Light.

I am Mira with love from the Pleiadian High Council working with the Earth Council.