Do You Have Any Idea What’s Being Done In Your Name In Syria? By Washingtons Blog

Note: the following article was written by an american from Washingtons blog. 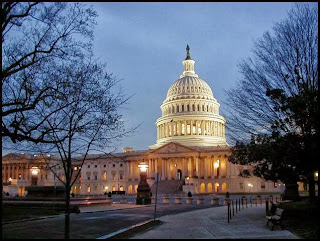 Dear Fellow Americans: Do You Have Any Idea What’s Being Done In Your Name In Syria?

November 06, 2015 "Information Clearing House" - "Washingtonsblog" - Americans have some vague understanding that the U.S. wants Syria’s Assad to go, while Russia wants him to stay.

And Americans know that the U.S. “war against ISIS” hasn’t done much, while the Russians have been pounding Syrian targets with jets.

But Americans have no idea that the U.S. is deploying fighter jets designed solely to engage in plane-to-plane dogfighting … in order to counter the Russians.

And we don’t understand that the U.S. is arming the Syrian “rebels” with should-fired anti-aircraft weapons. As the Wall Street Journal reports:

The U.S. and its regional allies agreed to increase shipments of weapons and other supplies to help moderate Syrian rebels hold their ground and challenge the intervention of Russia and Iran on behalf of Syrian President Bashar al-Assad, U.S. officials and their counterparts in the region said.

The deliveries from the Central Intelligence Agency, Saudi Arabia and other allied spy services deepen the fight between the forces battling in Syria, despite President Barack Obama’s public pledge to not let the conflict become a U.S.-Russia proxy war.

Saudi officials not only pushed for the White House to keep the arms pipeline open, but also warned the administration against backing away from a longstanding demand that Mr. Assad must leave office.

In the past month of intensifying Russian airstrikes, the CIA and its partners have increased the flow of military supplies to rebels in northern Syria, including of U.S.-made TOW antitank missiles, these officials said. Those supplies will continue to increase in coming weeks, replenishing stocks depleted by the regime’s expanded military offensive.

An Obama administration official said the military pressure is needed to push Mr. Assad from power.

“Assad is not going to feel any pressure to make concessions if there is no viable opposition that has the capacity, through the support of its partners, to put pressure on his regime,” the official said.

In addition to the arms the U.S. has agreed to provide, Saudi and Turkish officials have renewed talks with their American counterparts about allowing limited supplies of shoulder-fire man-portable air-defense systems, or Manpads, to select rebels. Those weapons could help target regime aircraft, in particular those responsible for dropping barrel bombs, and could also help keep Russian air power at bay, the officials said.

Mr. Obama has long rebuffed such proposals, citing the risk to civilian aircraft and fears they could end up in the hands of terrorists. To reduce those dangers, U.S. allies have proposed retrofitting the equipment to add so-called kill switches and specialized software that would prevent the operator from using the weapon outside a designated area, said officials in the region briefed on the option.

U.S. intelligence agencies are concerned that a few older Manpads may already have been smuggled into Syria through supply channels the CIA doesn’t control.

(This comes a week after ISIS may have used a Manpad to shoot down a Russian civilian airliner.)

Americans don’t know that sending Manpads into Syria and trying to establish a no-fly zone is what Al Qaeda leaders have been hoping for, and that ISIS and Al Qaeda will end up with all of the weapons which the U.S. sends to Syria.

In 1957, the U.S. president and British prime minister agreed to use Arab extremists – including the Muslim Brotherhood – to effect regime change in Syria

In 1991, the U.S. hawks started planning another round of regime change in Syria

The U.S. has been arming the Syrian opposition since 2006 … years before the uprising started

Americans don’t know that it was the “rebels” – not the Syrian government – who carried out the chemical weapons massacre in Syria.

Americans don’t know that U.S. backed rebels told Christians, “Either you convert to Islam or you will be beheaded.” Syrian rebels slit the throat of a Christian man who refused to convert to Islam, taunting his fiance by yelling: “Jesus didn’t come to save him!” A former Syrian Jihadi says the rebels have a “9/11 ideology”. Indeed, they’re literally singing Bin Laden’s praises and celebrating the 9/11 attack.

Americans don’t know that the U.S. and its allies are largely responsible for creating ISIS, that U.S., Turkey and Israel have all been acting as ISIS’ air force, and that influential American figures are calling for openly arming Al Qaeda … and perhaps even ISIS.

Americans don’t know that Russia and China are catching up to the U.S. military, and that this isn’t a mere proxy war … but is “one step closer” to all out war between the U.S. and Russia.

And Americans don’t know that history shows that empires collapse when they overextend themselves militarily … and fight one too many wars.

In 1962, the head of the U.S. Air Force – General Curtis LeMay – pushed president Kennedy to use the “opportunity” to launch a nuclear war against Russia, and was bitterly disappointed that Kennedy instead opted for peace. As highly-regarded reporter David Talbot said recently:

The military in this country and the CIA thought that we could take, you know, Castro out. During the Cuban missile crisis, they were prepared to go to a nuclear war to do that. President Kennedy thought people like Curtis LeMay, who was head of the Air Force, General Curtis LeMay, was half-mad. He said, “I don’t even see this man in my—you know, in my sight,” because he was pushing for a nuclear confrontation with the Soviet Union. And even years later, Curtis LeMay, after years after Kennedy is dead, in an interview that I quote from in the book, bitterly complains that Kennedy didn’t take this opportunity to go nuclear over Cuba. So, President Kennedy basically, I think, saved my life—I was 12 years old at the time—saved a lot of our lives, because he did stand his ground. He took a hard line against the national security people and said, “No, we’re going to peacefully resolve the Cuban missile crisis.”

One of the world’s leading physicists (Michio Kaku) revealed declassified plans for the U.S. to launch a first-strike nuclear war against Russia in the 1987 book To Win a Nuclear War: The Pentagon’s Secret War Plans. The forward was written by the former Attorney General of the United States, Ramsey Clarke

The U.S. is so enamored with nuclear weapons that it has authorized low-level field commanders to use them in the heat of battle in their sole discretion … without any approval from civilian leaders. Indeed, some fundamentalist U.S. military leaders want to start a nuclear war in the Middle East

American, Russian and other experts warn that U.S. and Russian conflicts elsewhere could lead to nuclear war

Russia has constructed massive underground shelters and taken other actions in anticipation of nuclear war.