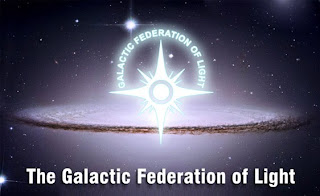 
Know that the Ashtar Command is a divine peace keeping force of interplanetary and intergalactic affairs of cosmic significance, in which our responsibility is to see that there is balance within free will planets which often become vulnerable to dark forces that wish to enslave all sentient life forms within these planets, provided that the inhabitants do not allow such a degree of manipulation to be imposed onto them. Such as the case upon Earth that has been ongoing for 13.000 years now, where the Earth and all her inhabitants have been enslaved and subjugated under the control of these intergalactic dark forces which use fear and destructive antics to get their way and point across, using, media, government, religion, cooperate slavery, poverty and war to enslave the masses in ignorance.

The Ashtar Command accords itself through the cosmic laws of creation and serves the most high Creator, under the administrative office of the Christ, where this divine body of conscious beings known as the Ashtar Command are under the leadership of Commander Ashtar himself; who is under the leadership of Master Sananda, known and recognized on Earth as Jesus Christ, who is in charge as Commander in Chief within the Christ Office and in which we are of the Angelic Realms of the Galactic Council of the Galactic Federation of Light. The Ashtar Command sees to divine justice concerning intergalactic and planetary affairs; yet, because we accord ourselves to cosmic law, there exists laws which do not just allow us to assist a planet when it is faced with danger, even if we really wanted to. We can only assist the species within the planet so far.

The law states that there will, under no circumstance, be off-planet interference or intervention from divine forces. If ever a planet faces a threat or is subject to interference from dark forces outside of the planet... unless a mass population within the planet acknowledges these divine forces and invites them to assist in the particular situation, only then can intervention be allowed or permitted. It is important to understand, that we of the Ashtar Command maintain full respect for every being's freewill choice through all experiences, as we do this out of the utmost love for you.

Know that the Earth has reached the critical mass amount of being's which were required to allow divine intervention from us of the Ashtar Command in order to restore balance and implement justice over all affairs upon the Earth's surface. Ascension has also allowed us to appear in more numbers than we have ever maintained in our Galactic missions on any other planet, consisting now in almost close to 3.000.000 star ships positioned around the solar system and within the Earth's atmosphere. These ships are occupied with divine beings who have traveled from other universes and dimensions, just to assist the Earth and humanity ascend in this Now, as more higher dimensional beings continue to make their appearances, just to witness this event of a huge divine magnitude.


Know that it is not so much important as to who the author of the information contained herein is; what is most important is whether it resonates with one's heart as the truth or not. If it doesn't, then you will realise that there are an array of those who transcript similar information through channelings and creative writing to whom one can then turn their focus and attention on, as reading these transmissions is a freewill choice of one's own creation as Source.

The most important focus continues to be within you in this Now and is never within something outside of you. This is never about what is happening out there or who is doing and saying what. All the information contained herein already exists within the sacred heart space and can be accessed through one's pure will and intent to receive this abundance of knowing within themselves, as Source. These transmissions are never about being dependent upon an outside source for information; but more in going within to inquire on truth through your own ability to trust in your own inner knowing and guidance.

Divine truth can be accessed by one's ability to cultivate a still and receptive state of being through an open heart where, when allowing yourself to be without any filters of thought from the mind-made illusion of separation, and letting go, entirely, of basing reality on what is happening outside of you... the heart then opens to allow you access to the vast information that already exists within you, as Source.

Know that these transmissions are now being translated into various other languages to include German, Japanese, Chinese, Asian and Russian, in which anyone else who wishes to translate them into their language of understanding is more than welcome to, as it honors me to have this guidance reach all inhabitants of the world in their diverse and unique divine expressions. I would also like to thank those who offered to willingly translate these powerful transmissions into their language: gratitude my friends, thank you for continuing to shine the Light and for assisting me raise awareness on your part of the world for those who might not have the fullest capability in the English language.