The How of the JFK Assassination 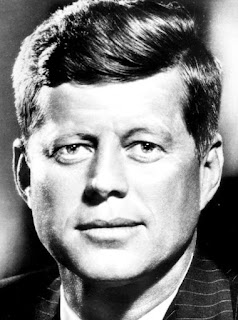 It is incredibly naive to think that a lone nutter (Lee Harvey Oswald, as the official narrative goes) would have enough resources, skill and opportunity to kill a US President, given all the protection that office is afforded, and all the intelligence the Government receives about planned criminal activity. If you examine all the facts and details of the JFK assassination, you’ll find evidence that many aspects were controlled by an unseen force. This is how real power kills – it allows or makes certain things happen that would not otherwise, it creates conditions needed for the crime, and then it controls the investigation afterwards to cover it up and point investigators in the wrong direction.

Look at this video where the 2 Secret Service agents Donald Lawton and Clint Hill, who were the bodyguards on either side of the presidential vehicle, were ordered to stand down, right before the car turned from Houston St. onto Elm St. (where JFK was killed). This prevented them from doing their job as human shields to the president, and allowed the multiple assassins a clear shot. The same phenomenon can be seen with the Dallas Police Force itself. Certain officers who were in on the plot removed key evidence from the scene. The same thing occurred afterwards with the handling of the body. The conspirators had key agents or moles within many different organizations, all bound in an occult network by Secret Society oaths, to which they pledged a higher allegiance than their purported allegiance to the US Republic, the Constitution, the President or even their job tasks. 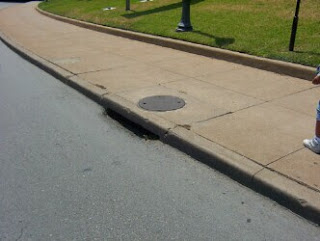 Of the many theories as to how the killers managed to kill JFK that day, the one which best fits the evidence is put forth very eloquently by Francis Conolly in his film JFK to 911 Everything Is A Rich Man’s Trick. Conolly reveals (1:55:35 mark) how at least 8 different groups of snipers (who fired 16 shots in 4 separate stages) were strategically placed around Dealey Plaza (in the Dal Tex building, the Texas School Book Depository building, on the grassy knoll and in the storm drain) to ensure that many angles were covered and that JFK could not escape. While the earlier sniper shots from the first 2 buildings failed to hit Kennedy in the head, a shot from the storm drain (at road level) did. It is the famous shot seen in the Zapruder film where JFK’s head is knocked UP and to the left (not down and to the left as you would expect if the shot had come from the higher grassy knoll area). You can clearly see this starting around frame 323. Conolly even names the 2 assassins who crawled through the sewer to get to the position (see part 1).

Another man who was in on the plot was driver William Greer, who – as the Zapruder film shows – turned around twice to see the condition of the President, and who – as the Zapruder film deliberately does not show – intentionally slowed down (in total violation of protocol) so that the assassins could make their kill shots. The reason the Zapruder film does not show the presidential vehicle almost coming to a halt is because the Zapruder film has been tampered with (for further evidence of this, check out this). Before he died, Bill Cooper analyzed the Zapruder film and used it as proof that Greer turned around and shot the President, due to what looked like a metal shining object (a gun) in Greer’s hand. However, this seems unlikely or impossible, since if Greer had shot JFK, the angle of the shot would have made JFK’s head go up and to the right, not up and to the left as actually occurred.

Once JFK was killed, the “job” was not over; the conspirators now had the grisly task of taking forensic control over JFK’s body and autopsy. This is where Dallas police officer and JFK lookalike Jefferson Davis Tippit (unfortunately for him) enters the story. Researcher Robert Morningstar discovered that Tippet so resembled Kennedy that even his friends called him “JFK”. Tippit was killed shortly after JFK so the conspirators could perform a body switch! 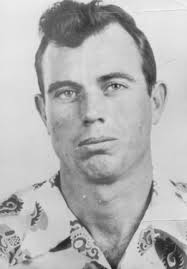 The JFK assassination was, in fact, a triple assassination or triple sacrifice in the open-air temple of Dealey Plaza. Kennedy, Oswald and Tippit were all murdered for different reasons. Patsy Lee Harvey Oswald was murdered on live TV by Jack Ruby (mafia) so that he wouldn’t spill the beans and declare what he knew of the plot. Tippit, however, was murdered because the conspirators had decided they needed his exact corpse to do the body switch with JFK’s body – and he looked so similar they thought they could do the switch without anyone noticing. In this interview with Jeff Rense (9:20 mark), Robert Morningstar mentions how there used to be footage from Tippit interviewing a suspect on the Grassy Knoll – footage which later got permanently erased down the memory hole. This may be because Tippit was interviewing a man who had said he was Secret Service, but he had dirty, greasy fingernails, looked like a mechanic and in all likelihood was one of the many conspirators using fake Secret Service IDs.

[For the next 4 paragraphs, the numbers in brackets refer to the minute mark of JFK to 911 Everything Is A Rich Man’s Trick.]

Right after JFK was killed, his body was rushed to the Dallas Parkland Hospital. To the medical professionals there, such as Dr. Charles Crenshaw (2:00 mark), it was immediately obvious that JFK was shot from the front – there was a tiny bullet hole right below his larynx in addition to the front temple shot. Meanwhile, the conspirators had arranged for Tippit to be killed with a bullet wound to the top right of his temple just like JFK. Tippit’s body was taken from the Methodist hospital to the Parkland, then surreptitiously loaded onto Air Force 2, where the most highly skilled doctor in reconstructive surgery and embalming, mortician John Melvin Liggett, was waiting to perform postmortem surgery (2:05).

We may never know exactly how the conspirators did it, but one theory is that just as the coffin carrying JFK’s cadaver was about to be loaded onto Air Force 1, the people surrounding the dead president including his wife Jackie Kennedy were told to rush forward to be at the brief swearing in of former VP and now new President LBJ (Lyndon Baines Johnson). This was a ruse to distract people so JFK’s body could be loaded onto Air Force 2, alongside Tippit’s (see also Phillip Nelson‘s article on LewRockwell.com). 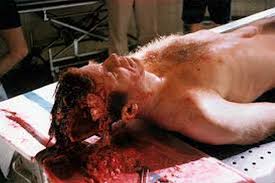 According to Conally, Liggett most probably decided that a “botched job” was the best he could deliver. The point of the body switch was to frame Oswald, and make it look like the shot had entered form behind or at the side, rather than from the front. Liggett shaved eyebrows, brought forward Tippit’s receding hairline and made other adjustments while flying mid-air, thousands of feet high (2:08). However, the conspirators made a mistake upon landing; instead of putting Tippit’s body in the same expensive, wooden bronze coffin as JFK’s, they put it in an plain, grey, metal coffin. Thus, the medics who received the casket as Bethesda, Maryland report getting “JFK’s body” (really Tippit’s body) in a grey coffin – not the same wooden one it was loaded into when it left Dallas! See the testimony of Dallas ambulance driver Aubrey Rike (2:12) and Bethesda mortuary technician Paul O’Connor (2:12) to confirm this.

Honest FBI agents O’Neill and Sibert (2:12) testified that “the body seemed to have undergone surgery prior to autopsy mainly in the head area”, and Commander James J. Humes testified “the moment he touched the head [of JFK], pieces of the skull fell down on to the autopsy table.” That would only have been possible if surgery had been done before the autopsy – and the only chance would have been Liggett aboard Air Force 2 for those few hours it took to transport the body from Dallas to Maryland/Washington DC. Later on, witnesses reported that when shown the body, Bobby Kennedy scoffed and said “it doesn’t look anything like him”, while Jackie exclaimed “it isn’t Jack!”


Cover-up: The Farce that Was the Warren Commission 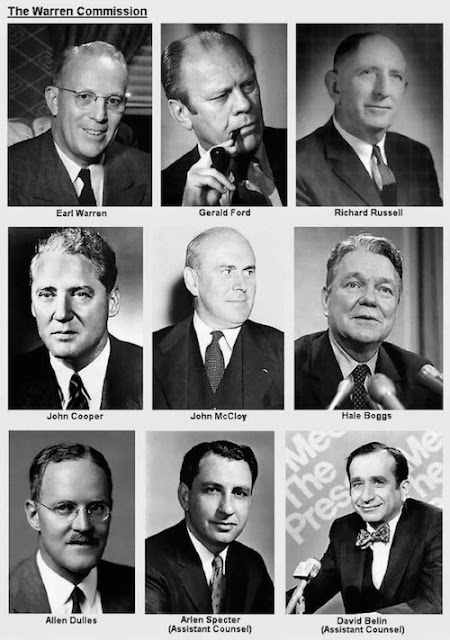 The mentality of the “evil genius” that pulled off the JFK conspiracy was also very evident in the clever way they controlled the aftermath investigations. It was a Freemasonic-CIA affair all the way to the very end. Freemason LBJ appointed Freemason Earl Warren to lead the commission and lend it his name, giving it a sense of prestige (Warren was a Supreme Court Justice). It also avoided naming the Commission the “Dulles Commission”, although it would have been a more accurate name!

According to Russ Baker, Warren didn’t want to take the job, but LBJ cajoled him into it:


“Warren resisted LBJ’s call to service, but finally acquiesced, leading the panel to the conclusions it reached. To get Warren to say yes, Johnson had warned the justice that Oswald might be tied, through an alleged Mexico City visit, to the Soviets and Cubans. He implied that this could lead to nuclear war if level heads did not prevail. As Johnson explained in a taped telephone conversation with Senator Richard Russell, himself reluctant to join the panel:

Warren told me he wouldn’t do it under any circumstances . . . He came down here and told me no – twice. And I just pulled out what [FBI director] Hoover told me about a little incident in Mexico City . . . And he started crying and he said, “I won’t turn you down. I’ll just do whatever you say.”

And that got Warren— and the public trust he brought— on board.”

The very fact that JFK assassination mastermind Allen Dulles was a member of the 9-man commission shows how deeply corrupt and farcical the whole thing was. In addition to Freemason Warren and Freemason-CIA Dulles, the other 7 members (see image above) were 33° Freemason Gerald Ford (future US President and serial rapist according to David Icke), Freemason-CIA John McCloy (one of the conspirators described in part 1 at Murchison’s house the night before), Richard Russell, John Cooper, Hale Boggs, Arlen Specter and David Belin. On top of all that, 33° Freemason J. Edgar Hoover was the man (along with CIA Director at the time John McCone) responsible for supplying the data to the Commission to begin with!

It is clear to everyone (even those in the mainstream media) that the CIA covered up the Kennedy assassination. A recent article on Politico reveals how John McCone hid evidence from the Warren Commission – and the CIA has admitted it. The Politico article is based on evidence given by CIA historian David Robarge (a more mainstream historian), who claims the coverup was intended to keep the Commission focused on “what the agency believed at the time was the best truth – that Lee Harvey Oswald, for as yet undetermined motives, had acted alone in killing John Kennedy.” However, this “best truth” idea is just another obfuscation – many men on the commission knew full well what had happened and were in damage control mode. Roberge showed that McCone ensured the CIA would only provide very selective assistance to the Warren Commission, in order to completely compromise the investigation. Robarge also thinks that McCone withheld vital information relating to various CIA plots to assassinate Fidel Castro, which may well be linked to JFK’s assassination.

Want the latest commentary and analysis on Conspiracy, Natural Health, Sovereignty, Consciousness and more? Sign up for free blog updates!

Makia Freeman is the editor of The Freedom Articles and senior researcher at ToolsForFreedom.com, writing on many aspects of truth and freedom, from exposing aspects of the global conspiracy to suggesting solutions for how humanity can create a new system of peace and abundance.