It is high time for the Galactics to intervence in behalf of the people of the world to bring about the much needed changes. 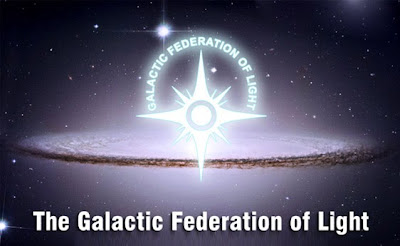 Nancy Tate: Bob and I received a very interesting message today from our dear friend, Anakhanda Mushaba. As I was reading it I felt that there would be something to add to it that would come through me.

Here is the original message, and then the addition.

I come to you at this time because I have a bit of news for you. This is the time when all of the chances that the present government of the USA is coming into tender. That is to say that it is being called by invitation to make a change, to present an acceptance of change, to make proper compensation for their actions against the people. I am speaking of the Galactic Federation, which in this instance, is headed by the Mushaba Group that have been overseeing earth and its evolvement along with other federation members. If the present regime does not give the people that which they rightfully have coming, there will be a coup take place between the Federation and the present branch of the government, and it will cause them to see what it is that they have been doing. Basically there have been meetings on the Mushaba Mother Ship the Nexus with members of the Federation concerning making a move against the present regime if they do not submit to change. This is what we mean by a coup.

They will experience the heartache and the sorrow, the despair and the rendering of the display of lost lives that is so prevalent in today's society. With this display they will find that certain memories will arise and they will find themselves laboring in the forces of destruction upon themselves unless they come to an understanding of what they have done.

This is all their doing, and it is not something that the Federation can do to them, for they do it to themselves. Through their reckless meanderings through time they have built and accrued a tremendous amount of karma, and when they see what is before them in their administration of what they have done, they will see one of two things. They will either step out of their roles with complete and total surrender to the Creator, or they will forever ride the wheel of karma until they come to see that they have fallen in a way that was unmistakably due to their refusal to open their eyes and hearts to the truth of the Creation.

Realize that this karma I speak of does not begin on earth. It began when they agreed to come and do what they have done, beginning at the onset of their existence. That was in place long before this sojourn on earth.

May heaven help them and assist them through their journey, for they have accrued an unspeakable journey, and through their own maneuverings it will come back on them.

The people are demanding this within their own hearts and soul and there has been a building of strong energetic intentions for change to happen. There has been an agreement by the federation to give the present US Regime a short time table to make it right or the federation will step in according to the will of the people. A Plan is in place that will come into being from these meetings. It will be the event that has been spoken of, and yet another event will follow. We have already issued this decree to the US Government and their time is nearly run out. One way or another, this madness will end so that the people of earth can move ahead in a timely manner into their new age of prosperity, love and spiritual evolvement.

I ask that you all reach out and touch their hearts with your love and light, for they are the ones who are imprisoned by their own deed.

We have been given permission by Creator, and so it has been decreed. We are anxiously watching the last droplets of sand run out the hourglass. When the moment comes then there will be an appearance by St. Germain, myself, and others that will enact the will of the people. I am by the way one known as Catapust of the Mushaba Planet and a prime member of the Galactic Federation.

Through Nancy, from St. Germain:

I am St Germain, and I have come to this message to add one thing. I am a member of the Galactic Federation, and I am here to oversee that what has been said here will happen if need be. I am going to let you know that since time began on this planet there has been a continuing justification by the ones who are in the area of the darkness of the planet. I am seeing that in this darkness is the root of what has been grown and displayed for so long. It is the item of the beginning of it, and it is the spot of Love Light that originated from the Creator. It is where we all originated.

That has never been put out, that Light of Love origin. It is always there and always ready to invite all of us back to the seed. There is a possibility that the ones who are in the darkness now will be returning to that origin of Light. There is also the possibility that they will be able to see that spot of Love Light and realize that they have not accessed the end of their beingness, for it is their choice. I see that they have chosen on their own original level of Creation that they have in their original plans to return to their love energy. Then they will be able to join the people of the Loving Earth and go on to the next evolvement in the oneness in which we all began. 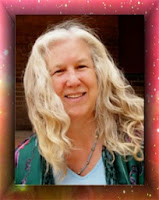