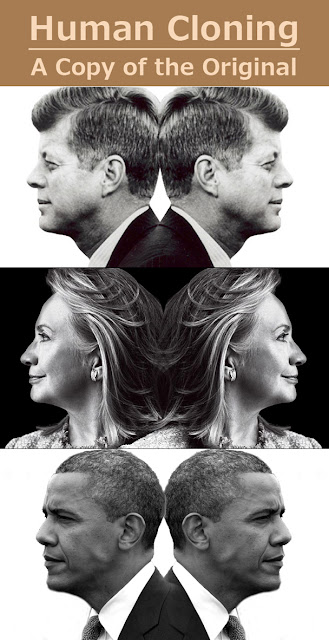 Cloning is not a modern day marvel of technology; it's been used for thousands of years on Earth.  In fact, the Annunakis, Atlantians and Reptilians brought with them this knowledge of cloning when they got to Earth.  But of course it is not only them who knows about cloning but also the members of Galactic Federation of Light knows about this technology of cloning.


If you recall the man from Hollow Earth named Billie Faye Woodard said over and over again in the years past that Cabal (secret rulers of this world) are already gone and have been taken out of this world into the second Earth that is located at the backside of the Sun.  That revelation from Billie maybe one of the most difficult thing to believe knowing full well that the high ranking members of this secret rulers are still in the world, and is seen on the worlds media, doing interviews, attending gatherings and making speeches.  How could they possibly be gone when they are still physically present here on Earth?

Until the observations of the American people came out in the open.  For instance, the people who were working with Hillary Clinton have noticed something peculiar about her, something that is not normal compared to average human beings.


What People asked and noticed about her:


This and many other anomalies that people noticed about this particular person.  This observation is not just with her but also with other persons who are regarded who works and belongs with the secret government or the Illuminatis.

Now, these discrepancies can be understandable if these people are really clones. Either they are being operated remotely by an artificial intelligence or the essences of these peoples are the ones running them, meaning it's like remote viewing technology.


We will have to settle for the fact that these people are no longer the Originals and that they are merely clones. This is because the people of Hollow Earth have confirmed that they are indeed just clones.

But the people who are using clones are not just the bad guys but also the good ones.  The Galactic Federation claim that they switched the body of John F. Kennedy with a clone.  The Galactics learned about the plan of the Illuminatis to assassinate JFK and so they did something in advance to prevent that from happening.

As attested by the family members of JFK, at the morgue they said in effect that the person that was killed by several bullet wounds looked exactly or identical to JFK.  But they said it wasn't him.

Cloning may be able to copy the exact look of the original but not the resulting blemishes, scar of wounds, moles, spots on skin, fractures from past injuries and many other attributes that JFK's family were aware of who have known and seen him for a long time.  And that is why they can tell that it was not him.  And this testimony gave credence to the claim of the Galactics that they switched JFK with a clone in order to protect his life.

Today, the Galactics said JFK is alive and well and is in on one of their cloaked orbiting spaceship just outside the Earths atmosphere.  In the right time in the near future they will bring him back to the surface of the Earth and be as a witness to the never ending assortment of criminalities that this Illuminati bad  guys are doing into the world.

And this technique of cloning is not just with JFK but also with the present president of the United States Corporation (privately owned government) Barack Obama.  Once again the good guys - the Galactic Federation of Light are protecting the original president as they took the original one and have him stay at one of the orbiting cloaked motherships in space and a clone was substituted in his place.  By the use of the clone/s they were able to accomplish a lot of things; something they could not do with the original.  They could literally orchestrate what the clone will do and say into the world.  At the same time, the bad guys could do everything they want even attack the clone, but that will not in any way achieve their goals as the clone can be replaced with a new clone anytime in an instant.

And so, this is where we are now.  The forces of light is indeed winning the game against the forces of darkness.

Where is the Second Earth? 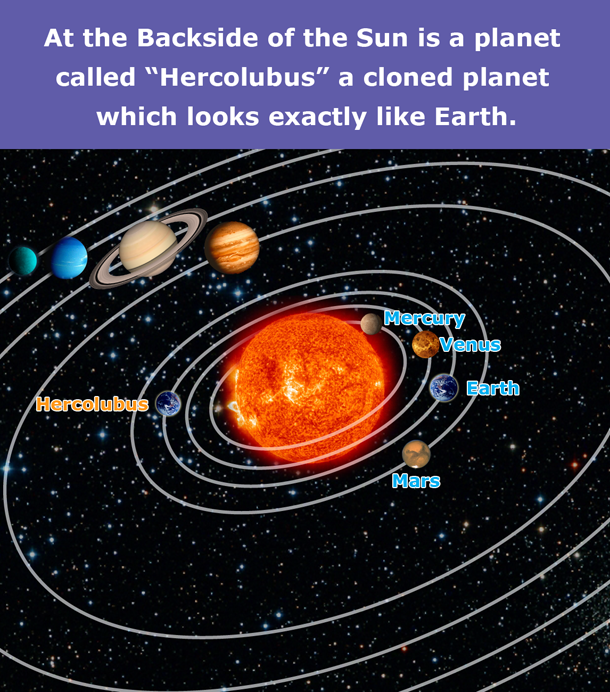 Note: the planets in the image are not scaled to the exact sizes.  The Solar System was tilted slightly to show what is at the back of the Sun.