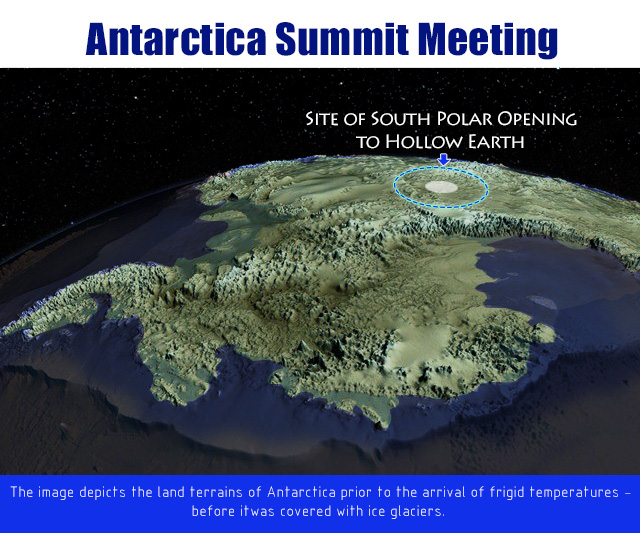 This meeting confirms what was said by Admiral Byrd about the existence of an advanced civilization inside the Earth in which he had contact with them when he visited Hollow Earth a few decades ago via the northern and southern polar opening. His report however was dismissed by the secret government and asked him not to tell the world about what he saw inside the Earth.  But this time, the world is no longer ignoring our Ancient neighbors as they were the pioneers who were here on earth long before we on the surface of the world were deposited long time ago. 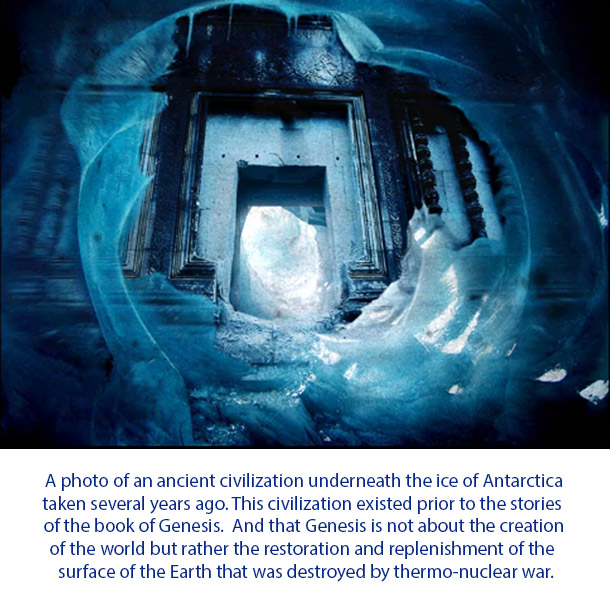 The land of Antarctica used to be not covered with ice.  Several thousands of years ago Antarctica was inhabited by the Agarthans.  At that time, the earth was not yet covered by ocean water and surface ocean does not separate Antarctica from the rest of the world as it was accessible by land and air through aeroships we call UFOs.

It was after the thermo-nuclear war that demolished the civilization within Antarctica which led to the migration of the Agarthans and Lemurians into Inner and Hollow Earth.  But before the war, Antarctica was also sub-tropical.  Due to its proximity to South Pole and the southern polar opening of the Earth leading to Hollow Earth combined with the thermo-nuclear weapons unleashed on its surface it created a Quick FREEZE, making the temperature extremely frigid.  The ancient people have no other choice but evacuate Antarctica.

And so, the history of the Earth given to us by religion are not very reliable as they have the ability to change and edit the historical record to make the people of the world easily controllable by false belief system.