The Parable of the Final Tennis Match 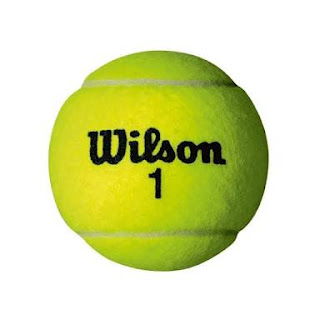 The Parable of the Final Tennis Match

There is an on‐going tennis match between two masters and champions of the tennis sport. The popular tennis player has been the reigning champion for a very, very long time. He dominated this sport that nobody seems to unseat him from being the champion. There has been plenty of players from around the world who dared to challenge him but nobody seems able to defeat him, not even close. Nobody could beat him from the style and the way he played the game.

But only until the arrival of a very formidable challenger from some unknown regions of the galaxy. The first time they met in the tennis court everybody laugh at the challenger. But they did not expect that the challenger can unravel and upset the style and moves of the champion.

To the amazement of the audience every move of the champion was met with a very smart counter moves from the challenger that disappoints the champion. The crowds became quiet as they could not believe their eyes that their once mighty champion could not even score some points against this challenger. But to the eyes of the experts of the game, whoever is this challenger he must have been someone who knows the game a lot longer than the current champion himself. Clearly, the Challenger must have mastered every moves of the game flawlessly. The first match between this two players ended up the challenger being the winner.

After sometime, the champion and the organizers of the game decided to call for another re‐match between the two. The second time they met in the tennis court it drew large crowds by the thousands filling the entire stadium. This includes the live coverage of the game on both television, internet and radio.

This time however, the champion came with an added support from the audience. As the champion does not want to be defeated at all, he gathered an artificial help from some of his friends secretly. This group which numbers about a total of 13 people seated at the audience having a front row seat was planned to artificially CONTROL the direction of the game. Just like in the first game the challenger was very fast and precise in his movements.

Soon, the game was advancing in favor of the reigning local champion and the challenger could barely score some points. Then, the cloaked spaceships of the Galactics who were monitoring the game from the sky sent in some of their crew to give some insights to the challenger (visitor). They quickly beam these crew while cloaked with some invisibility in order not to disturb the audience/people. The crew talked with the challenger during the break. They inform him the that the 13 people who are seated on all sides of the court are secretly controlling the movements of the tennis ball. Inside the ball they put some electronic mechanisms that can control the motion of the ball which were added prior to the game.

By having them positioned on all sides of the court they can dictate the speed and the direction of the ball in 3D as it can either amplify magnetically the velocity and trajectory of the ball or make it slower and or go another direction by changing the angular direction of the ball. In short, the local champion is enjoying the game because he is winning the match.

To equalize and make the game fair on both sides. The galactic crew (which numbers 12 in total) decided to do something about it. They countered the actions and remote controls of the 13 people by the power of thought through telekinesis. Now, the game seems to be going the way it was before. The actions of the 13 people in the audience seated on all sides of the court who are secretly remote controlling the ball while watching the game are being rendered ineffective as the telekinetic powers of the 12 cloaked galactic beings are very powerful.

Once again, the visitor who came as the challenger prove himself as the winner as he defeated once more the local earthly champion. The local earthly champion who hails from Europe was devastated from another defeat. He could not believe that someone could beat him. The same thing with his friends who were secretly remote controlling the ball. They thought it could be just a glitch or a malfunction on the part of their electronics as to why they fail. They decided once again to set another final match against the galactic visitor who challenged their champion.

This time however, they want to make sure that the ball will function the way they wanted as they don't want to fail this time. They increased and amplify the controlling mechanism a hundred fold. And they also made several test and made sure that the tennis ball which contains the controlling electronic mechanisms they installed will be the one to be used on the game. During the practise and rehearsals the tennis ball were functioning flawlessly based on the controls they have setup. And that gave them confidence that they can win eventually the next time around.

And so the final match between these two players finally commenced. As before, the whole world (from all continents) was glued to their television, computers to witness the event. Once again, the local earthly champion was very confident as ever that they will clinch the victory.

The galactic crews knew about the plan of the 13 people and what they did to enhance the controlling mechanisms of the ball. But the 13 people does not know that the galactics were to switch the live audience of the game numbering to 1,000 of them into a galactic walk‐ins. What this means is that they have the ability to switch and swap the soul or spirit of the people in the audience with an actual galactic beings. And temporarily gave those audience of people for a quick trip to a cloaked galactic federation ship while their physical bodies on Earth were being occupied by the galactic crews. And this made the game very interesting.

Although, the controlling mechanisms were amplified and multiplied about 100 times, but still they could not believe their eyes as the tennis ball they installed does not completely function the way they designed it to be. And this is completely driving them nuts and crazy! But there were some noticeable artificiality with the motions of the ball. And this is because there are two forces who are actively controlling the motion of the ball. The 13 people are controlling the tennis ball in favor of their local champion. While the galactics were using their combined telekenetic powers to help steer the ball to the way it should naturally be based on the laws of physics.

As the people of the world who recorded the game and studied the motion of the tennis ball they noticed that there seems to be an obvious struggle with the ball. Using their computers they slowed down the video and they could see that the ball was behaving unnaturally ‐ which baffles them. But despite all this, the galactic visitor from another world was proven once again as the winner of the tennis match.


The Meaning of the Parable

The audience of the game refers to the people of the world. The RV and GCR for example can be delayed by the Cabal by their artificial control. But the combined positive thinking of the people of this world can supersede and override their effort just like what was said in this parable where the ball that was controlled to be delayed did not took effect because of the combined positive thinking (also known as manifestation) through thought of the audience performed by the cloaked galactic beings. Believe it or not, humans are not just flesh and blood; we are essentially spiritual beings housed on a physical body. And this spirit in many ways are similar to an electro magnetic force. This is the force that makes the human hearts beats in a series of vibrational frequencies.

When this spiritual force of power source is remove from the body then the body refuse to function as it becomes lifeless. Physical life of living things is therefore based on the spiritual and not on the physical. The origin of life is spiritual in nature and it is what powers the physical. The mind or thoughts can say to its physical fingers and toes to move and it does what was said by the thoughts.

The mind and intent of the thoughts of every being can affect physically the molecular level of any water. It is now proven that the water molecules can be affected by human thoughts. It is now also proven that even a raging storm can be deflected by a combined thoughts and intentions of the people of the world.

In Tibet for example, through thoughts, people can elevate / levitate and float in the air without any use of any electrical or mechanical device. It was proven in China that even a tumor can be removed from a human body by a combined thoughts of the people. These and many other examples, all points to the human consciousness as something more than what we were told in school. Through constant practice, thoughts can even contact another human thought through telepathy even though their thousands of miles away.

If what you truly wanted is the RV and the GCR then join with the rest of the positive thinkers of this world by donating your thoughts to think positively. Disregard the enemies efforts which comes in various stories and tactics of negativity to derail, delay and destabilize the entire human psyche. Grab and hold your thoughts and mind (so to speak) do not let the cabals entertainment world including the mass media shaped your view of this world.

In other words, manage your mind to be positive all the time and do not be overwhelmed by artificial fear/worry tactics. The realm of human thoughts with its imagination, visualization also known as meditation can be very powerful. If you can imagine and dream what you want to be someday and with some can even do this with vivid clarity in their minds eye; then you can definitely do your share by donating positive thoughts to bring about the RV and GCR. Because, this global financial game though headed by the spiritual leader known in the spiritual world as the ascended Master St. Germain in Europe and Quan Yin in the East their game plan can be delayed in some ways by the opposing negative force of negative thinking.

It works the same way with Zorra (also known as Father God), the Prime Creator and the Galactics. Although, they wanted to make the RV and GCR happen ASAP or to a certain day or occasion but can be override by the COMBINED freewill of the masses of people who thinks in a certain way. They observe and respect each and every being regardless of race as a divine entity that lives inside the human body; which unfortunately for the most part of the majority is deceived to think negatively.

In other words, we who represents the audience in the game as mentioned in the parable are the direct contributors of either negative or positive thinking that dictate the outcome of the game. Because through our individual thoughts and then combined with the larger masses of peoples thoughts and consciousness we can then shaped the world we live in.

The Spark of Light