Jesus was also a Sinner

Note:  I wrote this essay as a response to the questions raised on social media.  I added some more words where it's needed to convey the intended message.
_________

The Contrast & Comparison of what's real and what's not 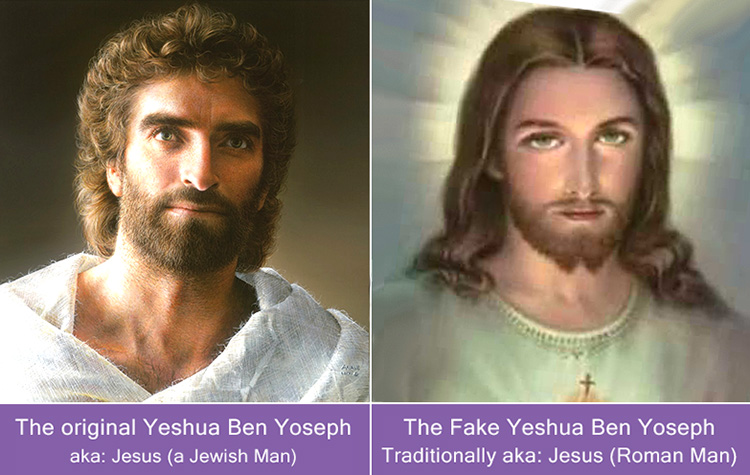 The whole issue about salvation from sin is a total scam. This subject was intentionally ADDED to the scriptures in order to create the deception they wanted to achieve. I agree Jesus did not die on the cross. In Jewish reckoning, one day means a 24 hour period - from sunset to sunset (from the previous day to the next day). If Jesus died on Friday afternoon as told by the gospels then rising on Sunday morning means he spent only a very short period of time inside the tomb. It was only 1 day and a half. If he was able to spend one month and 2 weeks in the desert fasting without food and water. Then, he could definitely withstand and survive one day inside the tomb and spent that time regaining his strength and then rise again. He did not die on the cross. They added the narrative story of him dying on the cross in order to promote the idea of being obedient to the violent sacrifice; a commandment given by a fake God. The bible was clearly lying when they inserted fictional stories. They tried to edit the scriptures in order to accommodate the idea of him being the sinless lamb of God who complied to the legalistic requirements of the Annunakis. By mentioning 3 days and 3 nights then it would make it seem as though his life was in alignment with the prophecies of the Old Testament. But they forgot to edit the fact that he spent only 1 and a half-day inside the tomb. And that in itself is proof that they tried to fabricate the story of the life and times of Jesus.

Jesus cannot possibly be without sin and so he cannot be the blameless lamb of god. He actually was the very first activist who rebeled and protested against the teachings of Yahweh. He made a public protest and tried to stop the senseless sacrifice of animals in the Temple.  In other words, he sinned several times because he knows the laws given by Yahweh are not real, they were not given by the genuine God. He actually NEVER kept the Festivals of Yahweh which was also a sabbath whereby they were supposed not to do anything and he violated it over and over again.

Jesus real name was Yeshua Ben Yoseph in first century AD.  And then in early third century that was when they changed the name into Jesus. Take note, the changing of his name was done without the consent of Yeshua.  But prior to him becoming human his soul/spirit name was Sananda. He is the commander of the New Jerusalem its a mothership/starship of the Galactic Federation of Light. And the Anunakis and Reptilians are NOT part of the Federation of Light because they never practise genuine love and light.

The real Father of Yeshua (aka Jesus) was the Prime Creator (a God of Love) and NOT YHWH the Annunaki (a god of War & Violence).