Message of Galactic Federation of Light and Spiritual Hierarchy through Sheldan Nidle - July 29, 2014 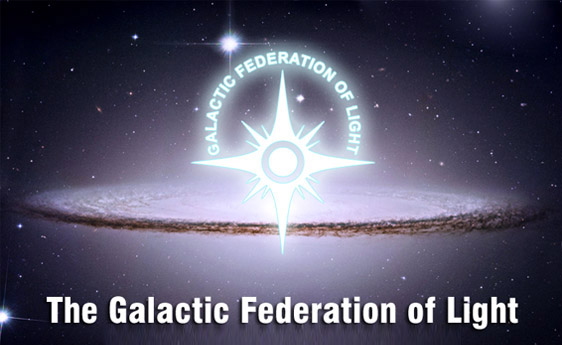 Be in Joy, and be ready to do your part in spreading this massive prosperity to all...

A great shift in consciousness is soon to see its fruits manifested!


Selamat Jalwa! (Be in everlasting Joy!) We come to you with a belated Happy Galactic New Year! A great deal of movement is occurring around your globe. These actions are setting up the events, which are to change your world forever. We expect these events to manifest shortly. The dark cabal ran your reality by itself for the past two decades. This interlocking group of powerful men and women determine the fate of nations, and whether certain economic conditions are to nearly ruin one large corporation or another. Their daily policy positions bring them great wealth and seemingly great respect. Nonetheless, these decisions bring them great disrespect as well! Over the last two decades we have worked diligently with a group of ingenious lawyers, investors and scientists to create a means to bring this great wall of power down. It began initially as a union of various individuals who wished to use their wealth, acumen and beliefs to forge a network to produce a global common law and human rights organization. They were to work together, share information and leak examples of what was discovered via Internet blogs.

Now, these interlinked groups have within them individuals who fully grasp what is needed for them to succeed. To further their righteous cause, we connected them to the Agarthans who observe this realm and provided liaisons that can reach the highest levels of business, government and those engaged in the work of Spirit.

Never lose sight that this endeavor is a spiritual and transcendental experience. It is about preparing the path for new networks, which affect the law, governance and especially the ways of Spirit. The aim is to install a means to forge a common law that is one with the original intent of the U.S. constitution and to spread this throughout the globe. America was given a blueprint from Count St. Germain to create a free republic filled with the right to guarantee the individual sovereignty of each American. This notion was to eventually be repeated across this globe. What happened was the diabolical interference of a cabal intent on derailing this noble experiment in freedom. It succeeded for a few centuries and it is now time to complete what this republic started.

The legal remedy for this is NESARA. NESARA is the special instrument, which enables this global common law network to intertwine with a new form of governance. This is to forge a means to free your realm from a most egregious debt slavery. It is to mark the end of a system that tolerated corruption and other forms of criminal actions that were the core of how governance on your world operated. You are entering a time of shared wealth, untold prosperity and good faith shown by governments and by those who run them. This wondrous time is to permit us to reveal ourselves to you and let you know how these actions are preliminaries for a new reality. This is to be a reality that encourages your growth in consciousness and a return to a spiritual-based righteousness. We come into this mix and are to give you the means to complete your transformation toward the Light and toward fulfilling the grand decrees of Heaven. This return to full consciousness is only the start for what you are truly to accomplish.

We are in joy and ready to carry out what Heaven gave us to do.
These actions are the beginnings of what we are to accomplish together. Earth's humanity is, in reality, the best and brightest of us all. Returning you to full consciousness adds to our abilities to creatively solve whatever is to be put before us. We rejoice in what we are to be jointly capable of. Often, when a more advanced society reaches a far more primitive one, the more primitive one suffers greatly. This is not the case; we come specifically to transform you into what the Atlanteans took from you. You combine, in your now mixed ancestry, the ways of nearly 50 human star nations. This conjoined ancestry is most advantageous. It gives you a new way to look at what you are to face daily in your mission to bring Light to this entire galaxy. Added to this is wisdom, grown generation by generation from all the misery you encountered on your numerous life journeys through darkness.

Blessings! We are your Ascended Masters! We say a grace for all who are working diligently to manifest a new reality. The first steps in this path are completed and we are seeing how the remaining steps are to manifest. A new banking and financial system is forming, which is ensuring that the cabal's old ways are banned.

The blatant corruption in the globe's banking system is being swiftly corrected. In this growing milieu, a global currency reevaluation followed by a massive currency reset is taking place. This is to finish when these new currencies become precious metal backed. These events are to be part of a general prosperity launched by brother St. Germain and the ancient families of Europe, China, India and the Americas. In this wash of wealth, there is to rise new governance and a series of great opportunities for each of us to address you. The grand Earth Angel of Mercy, Quan Yin, is to lead these addresses with a most important message.

The basis of all love is divine mercy. Out of this heavenly mercy grows grace, the foundation for physicality and all that you know of as the miracles of Heaven. Prosperity, surrounded by a grand spiritual Love, evokes divine Light to forge new patterns and grids in reality. You, my Beloveds, are to regain full consciousness by divine gift. You are to rediscover why you are here, and how we as your divine supervisors can guide you to your life's goals. Together, we are to produce a new star nation whose principles are to free this galaxy from darkness and manifest a Light of sublime magnificence.

This Light is to complete a process begun eons ago by AEON. This sacred operation produced decrees, which are to manifest and make this galaxy a great source of joy for all in this sector of physicality. The various heavenly administrations, which oversee us, are sending supreme blessings for these divine acts!

The current situation is thus a continuous and most impressive march to the finish. The divine Elohim is altering this reality's grids daily. We sit daily in a prayer meditation to bless what is occurring. This realm is readying to reunite with the one now in Inner Earth. This grand fusion is part of a process that enables the dark and its mindless cabal to be eased from the immense grip they have long held over you. This new unified reality is to be the realm of the Agarthans and yourselves. Our mission is simply to supervise and guide what Heaven so decrees. You are transforming, and we watch and assist where necessary. The final steps in your long journey are at hand. We also welcome this and do our part to assure your swift and inevitable victory. Heaven likewise has appointed many to come among you and use their magnificent abilities to hurry along what you have started! Hallelujah! Hallelujah! Hallelujah!

Today, our message continued and we reported to you what is happening. Be in Joy, and be ready to do your part in spreading this massive prosperity to all. Those both in the Earth and above you salute you for your courage and your wisdom. A great shift in consciousness is soon to see its fruits manifested! Know, dear Ones, that the countless Supply and never-ending Prosperity of Heaven are indeed yours! So Be It! Selamat Gajun! Selamat Ja! (Sirian for Be One! and Be in Joy!)
Posted by Manuel Pineda at 12:51:00 PM