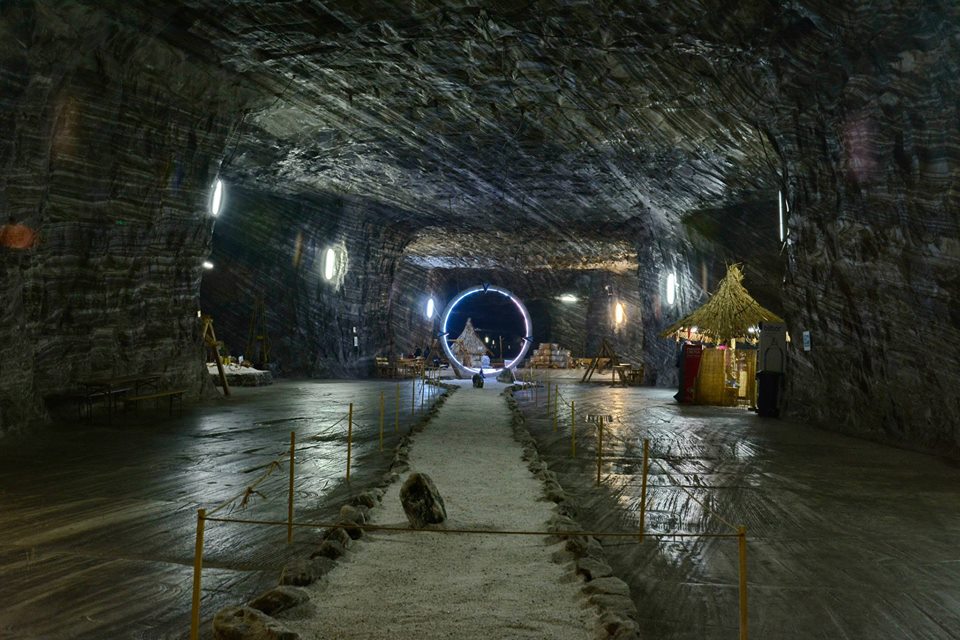 Tamarinda Maassen is the representative of the Inner Earth People. They are the ones who inhabited the Earth way before there were people on the surface of the Earth. The inner Earth region is the solid crust of the planet which is about 800 miles thick.  After the 800 miles is the Hollow Earth region which is a hollow interior and is standard to all planets in the universe.  They use the Stargate to travel not just anywhere on Earth but also on other part of the Galaxy.

There used to be a stargate portal situated in the middle east and it was used primarily by the Annunakis and Reptilians who came to Earth for conquest and invasion because at the time they cannot enter the solar system as they will have to contend with the Galactic Federation of Light fleet of ships.  By using the stargate portal they were able to evade detection. This stargate in the middle east was removed and relocated in Antarctica which is now covered by more than 2,000 miles thick of snow/glacier.

The Inner Earth people their tunneling system exist allover the crust of the Earth.  It connects all the continents.  The underground shuttle that runs these tunnels are called Land Speeder.  Even Jesus (Yeshua) two thousand years ago used these transport to reach Tibet, India and elsewhere. With this shuttle you can reach the whole world in a much faster pace than any passenger airlines we have on the surface of the world.

Selamat Ja! Many wonderful developments continue to unfold! The dark cabal remains as arrogant and uncompromising as ever. They are befuddled by your rapid upsurge in consciousness and the awakening of the general public. The Light quotient in your solar system is rising exponentially in ways they had not predicted or even thought possible. Their hold on society weakens every day as more people become aware of their unconscionable schemes. Long ago, the dark cabal lost the ability to fathom their forfeiture of power in controlling the narrative mindlessly adhered to by the masses. The cabal continues to believe, erroneously, that they will rise again, like the phoenix, from the ashes of their demise.

You exist in an expanding consciousness that wields its greater inherent flexibility to defeat the dark cabal and its arrogant and stubborn obstinacy. Our many allies have spent centuries quietly maneuvering themselves into the most advantageous positions of power around your world. For decades, they have been covertly planning their strategies to free humanity from debt slavery and restore Gaia to become a planet that flourishes in peace and liberty. We continue to ask for your patience. These stratagems cannot be rushed. It is vital for you to remember that you are dismantling a power structure that has reigned for over 13 millennia.

Our liaisons have given the cabal a number of specific ultimatums. You are to witness that these scenarios are carried out, and that the dark is finally to fail, using many of their own laws against them. Arrests of the cabal's upper echelon will require special handling. They cannot be carried out by degrees, but must be done in one fell swoop. When that moment comes, be ready to assist your family, friends and community, for their world is likely to be turned upside down and topsy-turvy. Once the momentum of your new consciousness arrives, it will shift everything in its path.

We want you to be prepared to enjoy what is anticipated to manifest in short order. Brace yourselves for messages that may perhaps shock you, but in a very positive way. We have provided the Alliance with a new "computer" system, the Quantum Financial System, which will eliminate any way to steal or manipulate monies. It is designed to be the death of the central banking system, which is the means by which the cabal keeps you in debt slavery. You are meant to live in the Light, basking in the divine Truths given you freely by Heaven. In this new reality, we are to shepherd you back to your fully conscious selves. Together, we are to bring greater Light to every corner of this galaxy.

Greetings from the Ascended Masters. Happy Galactic New Year! This occasion is cause for celebration as you welcome in the energies of the Galactic New Year (July 26). At dawn on July 26, the star Sirius is visible above the Mayan Pyramid, Chichen Itza, and above Maui's volcano, Mount Haleakala. As we begin a new cycle of energy, remember to welcome each dawn by setting an intention. Bear in mind that time is to be experienced and savored, and not used simply as a measured event. Let this new era ring with blessings of Joy for all!

In this time of new beginnings, be Joyous and grateful for all the wonderful events that are taking place around our globe. The major component of any reality is the power of the collective. A reality is formed by consciousness. This collective energy is "set" according to the primary beliefs you hold. Within it, you function on an individual, and a collective, basis. But it is the latter that is most crucial at this moment. Each unit within the collective is affected by the actions of every other unit, creating an interconnected physical whole: a shared and total awareness. Spiritual and physical consciousnesses are acutely interconnected. More and more people around the world are awakening to Truth. These communal interactions weave the tapestry of the given reality.

Your world is blessed to overflowing with divine Light. We watch in joyous awe as she changes with each increase in the intensity of this Light. Likewise, your own Light is strengthening and sharpening, its purity radiating from you like a prism. New shades and colors of Light abound. All this is inducing your reality to alter her grids and move in a whole new direction. You are leaving behind the 3rd dimension as your primary home and speeding headlong toward the 5th dimension. Hosanna in the Highest!

Today, we continued our ongoing discussion about what is unfolding all around you. Be patient, centered, and joyously focused upon your most deeply desired goals. Know in your Heart of Hearts that the perpetual Supply and infinite Abundance of Heaven are indeed Yours! So be it! Selamat Majon! Selamat Kasitaram! (Sirian for Rejoice! and Be Blessed in Heavenly Love and Joy!) 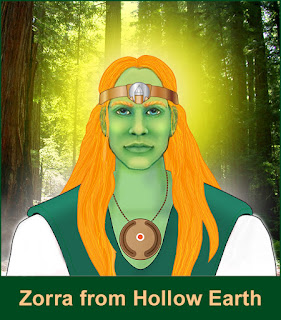 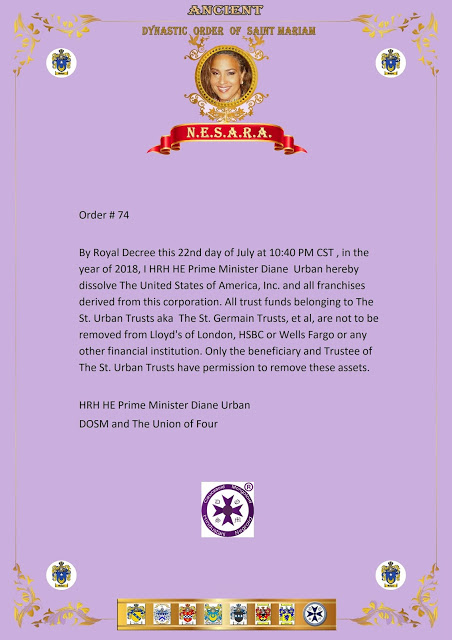 Friends from the Pleiades - Coming Soon


Friends from the Pleiades is an animated series about Cambreia Hill who lives in Oregon who met the Pleiadians during her trip to Mt. Shasta while visiting her grandmother.

FYI -  The Pleiades are a group of star system located in this Milky Way Galaxy.  They were part of the Galactic Federation of Light.  And they were also one of the pioneers in living on the surface of planet Earth.  They responded to the call of the Galactic Federation to volunteer and live on the surface of the planet as this was something never been done before in any part of the Universe.  As all planet in the Universe; all their civilizations live inside the interior of their planet and not outside.  Planet Earth was the site of this experiment.  The first to arrive on the surface of the Earth to participate on this experiment was the Mushabans from planet Mushaba.  They are today the native people of the continent of Africa.  This is followed by the Lemurians from planet Lemur.  They came and occupied the Pacific and Asia, the Pacific at the time was not yet covered with ocean water.  And then the Pleiadians arrived in western Europe.  They were the ones who built the Stonehenge to allow the landing of small scoutships from orbiting motherships of the Pleiadians.  Yes, the Druids are from the Pleiades and so is the Irish, and the Scotts.

Galactic Federation of Light in the Skies of Mexico

Recently Galactic Federation of Light showed up in massive numbers over the skies of Mexico. 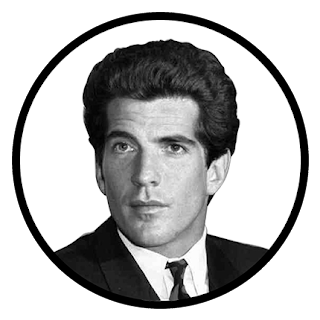 On July 16, 1999 John F. Kennedy Jr. went on a mission and that is to find out the secrets of the Secret Society who killed his father.  But in order to dig the Secrets of the Deep State he had to go undercover and not be detected. So, on that very day he faked his death and jumped to sky dive with a parachute from the Saratoga plane.  He then formed an alliance with a group of US Generals who were also on the same mission as him.  And in time, the NSA was born and was able to record and archived all the telephone calls, emails communication on anyone on Earth. And with this massive trove of information it can lead to prosecution of those who have done criminal actions including those Organized Criminals such as the Secret Society and the Deep State.  "Q is JFK Jr". 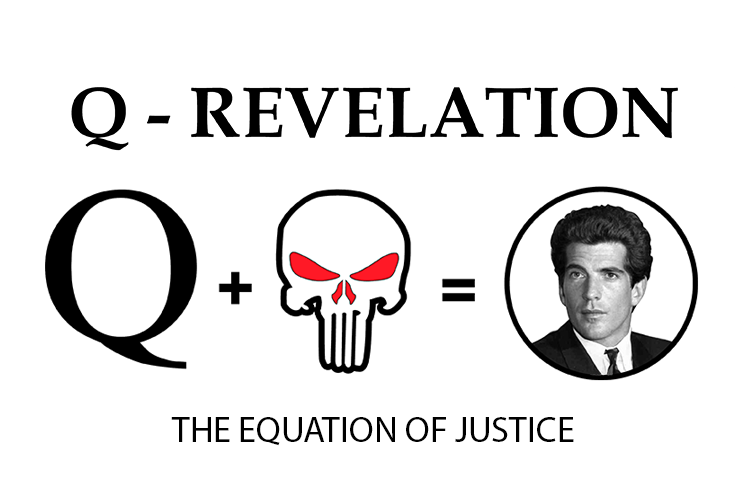 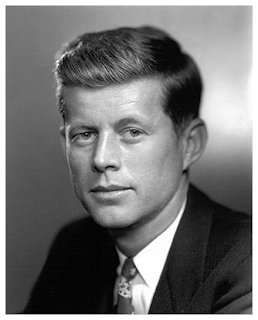 John F. Kennedy Sr. during his tenure as President also have his own team of Intel Gatherers who uncover the secret of the Deep State.  They informed him about the criminality that this group of people were doing into this world.


Just like the Hollywood movie "The Punisher" The "Q" movement is to bring justice to a system that is completely swamped with evil.  On the movie the Punisher, the T-Shirt was given to him as a gift from his own son.  Then he went on to give justice to the crime that was done to his family.  And by wearing the T-Shirt it gave him the inspiration and motivation to carry on with the mission.


The following T-Shirts are available in small, medium, large and extra large sizes.  Those interested just email me for more details:  pinedamanuel5@gmail.com

Give copies of these T-Shirts to everyone you know and spread the word.  It can be delivered worldwide.  You have two choices: White T-SHirt prints on the front.  The colored one have its print at the back side. 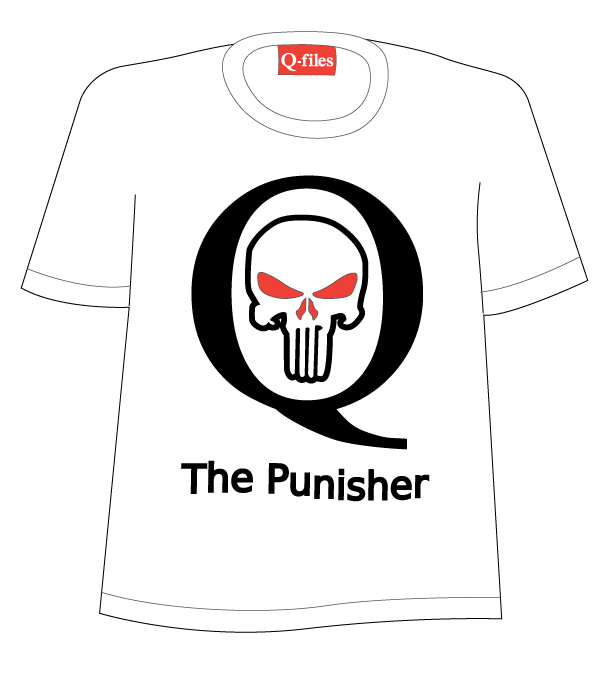 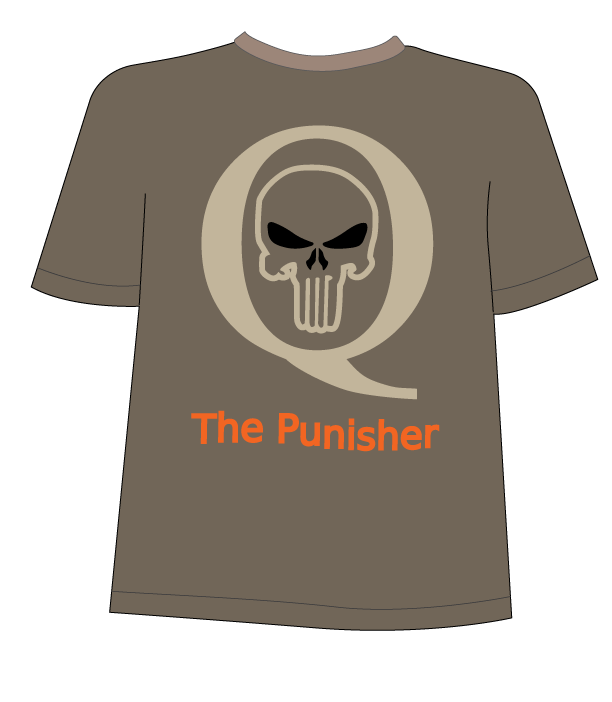 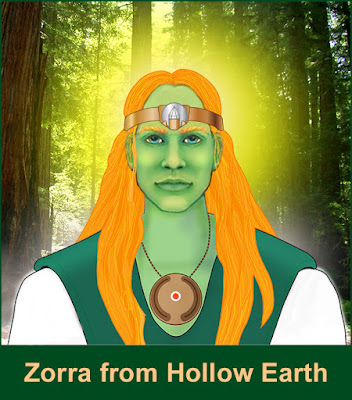 Status of the Swamp 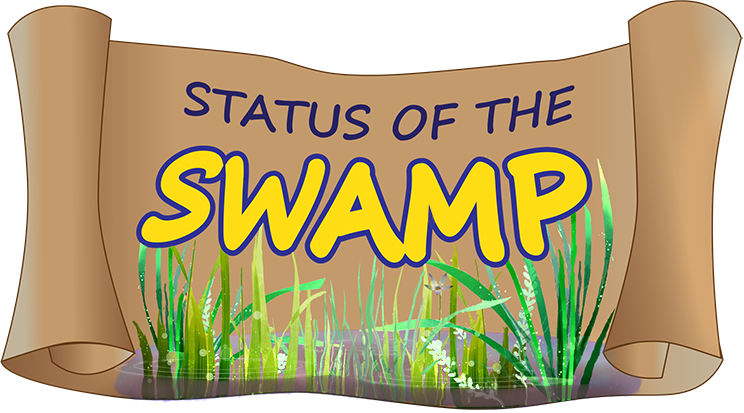 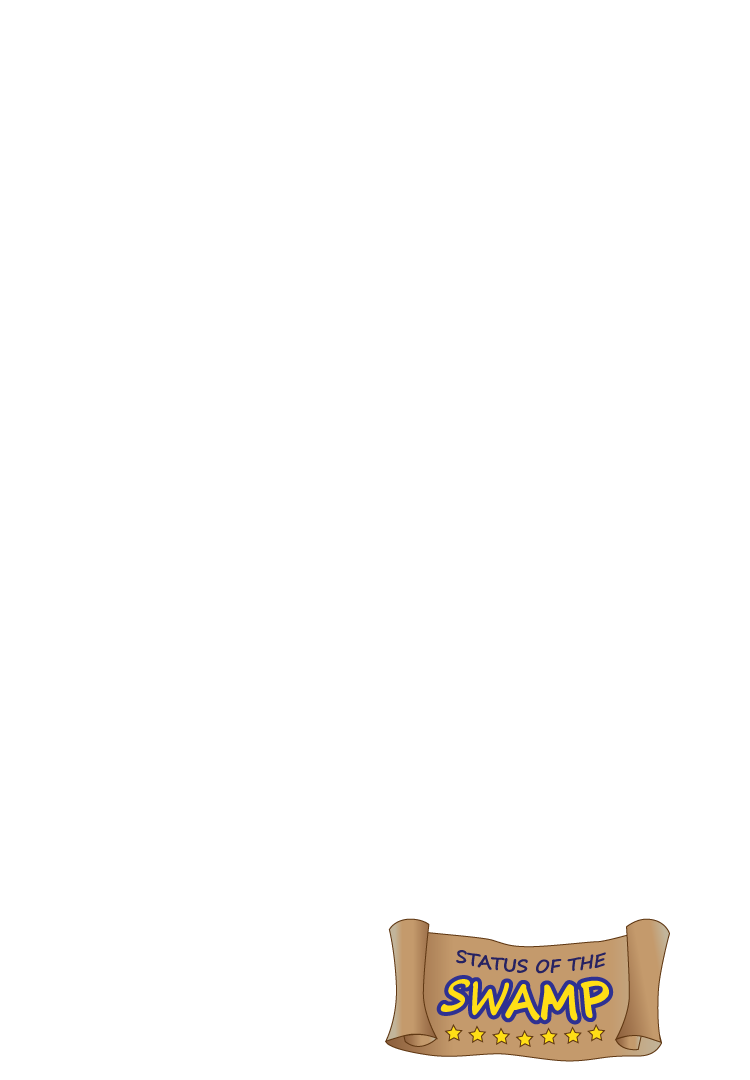 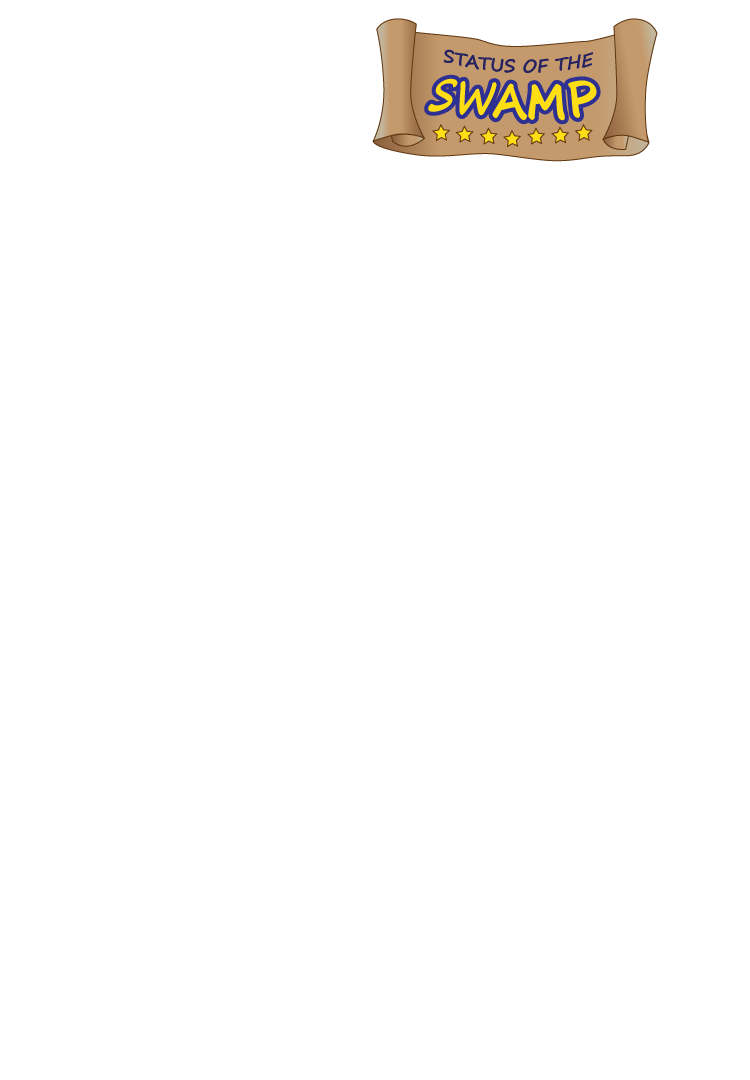 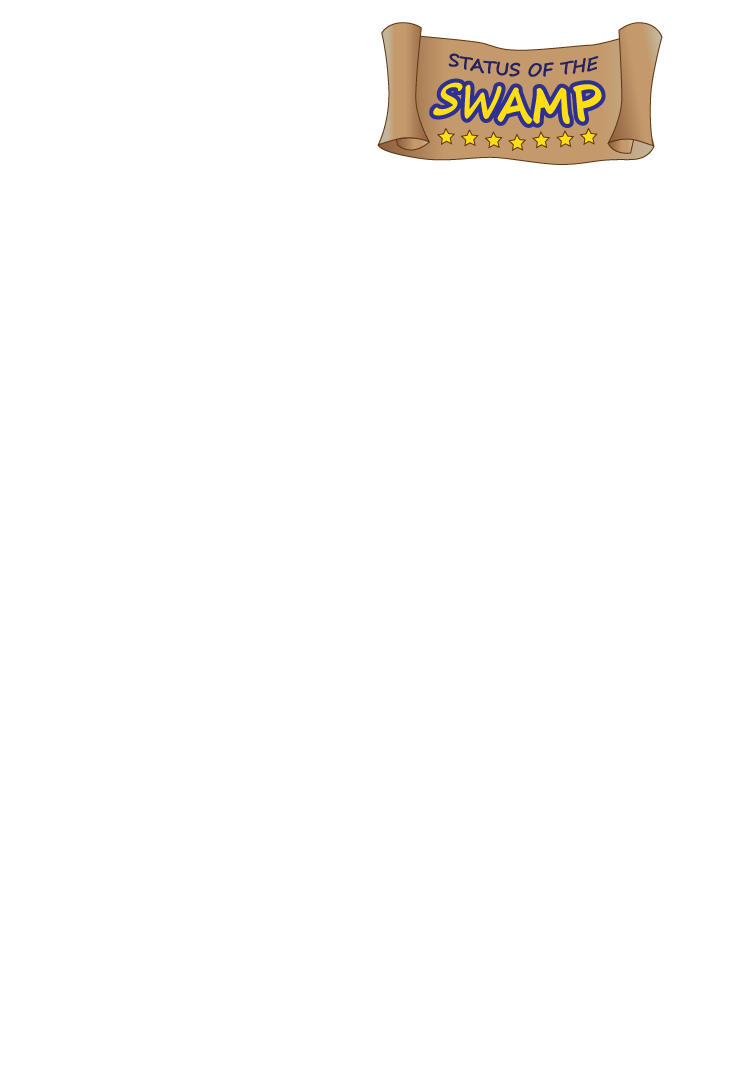 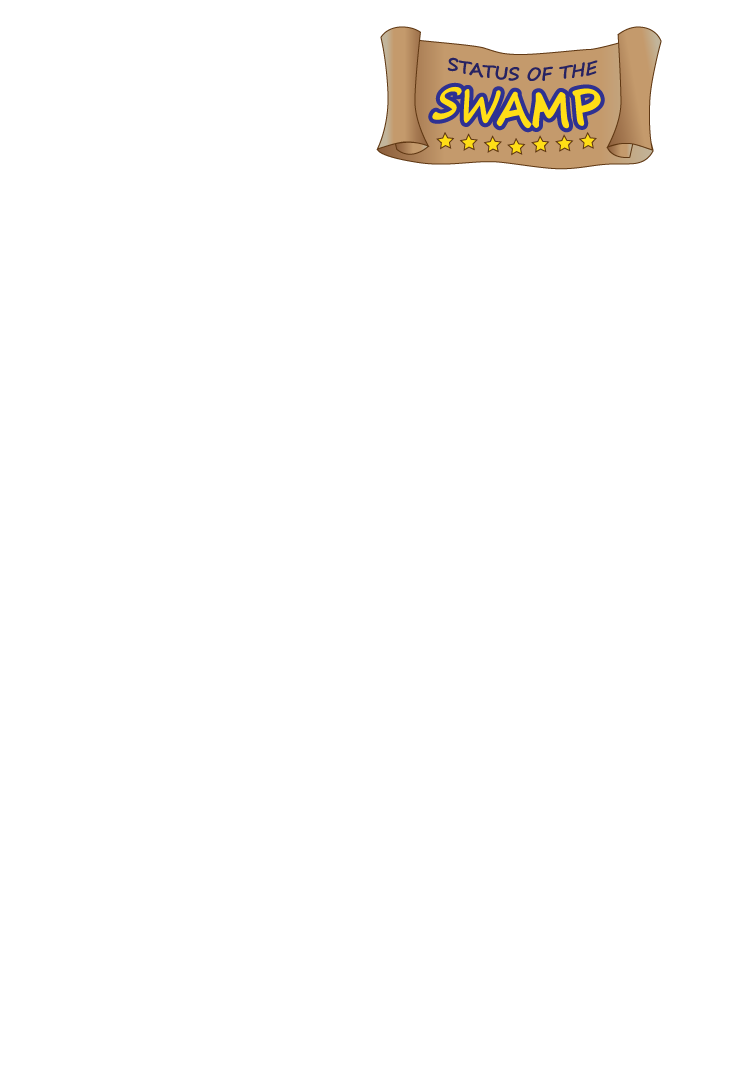 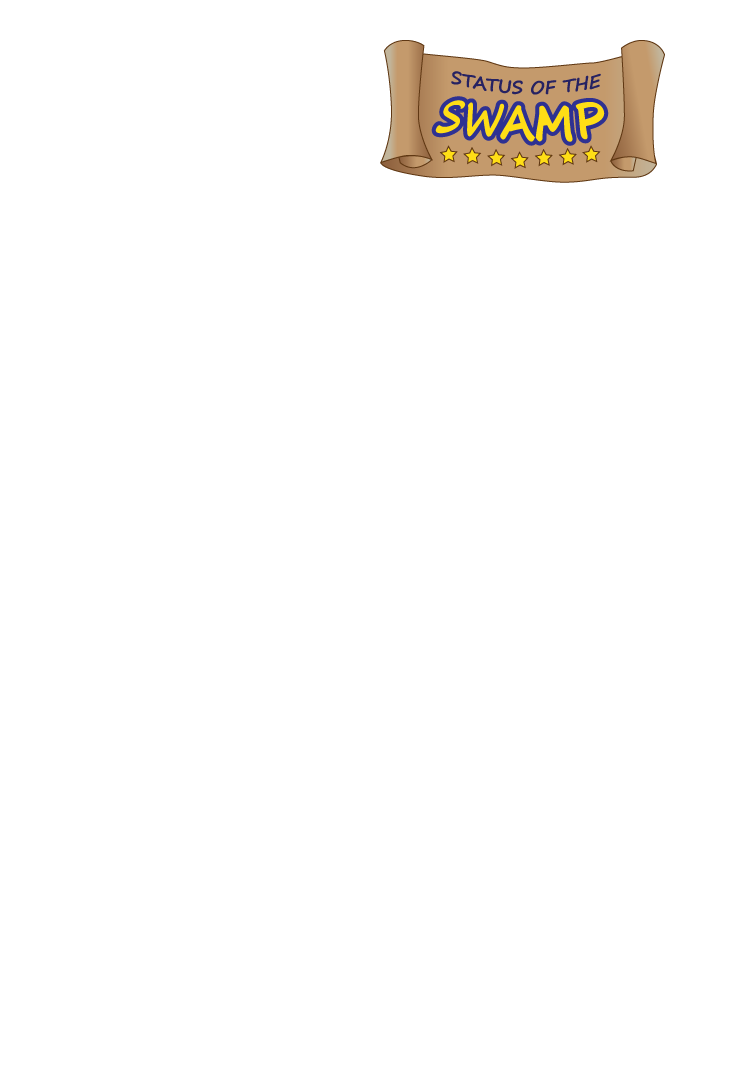 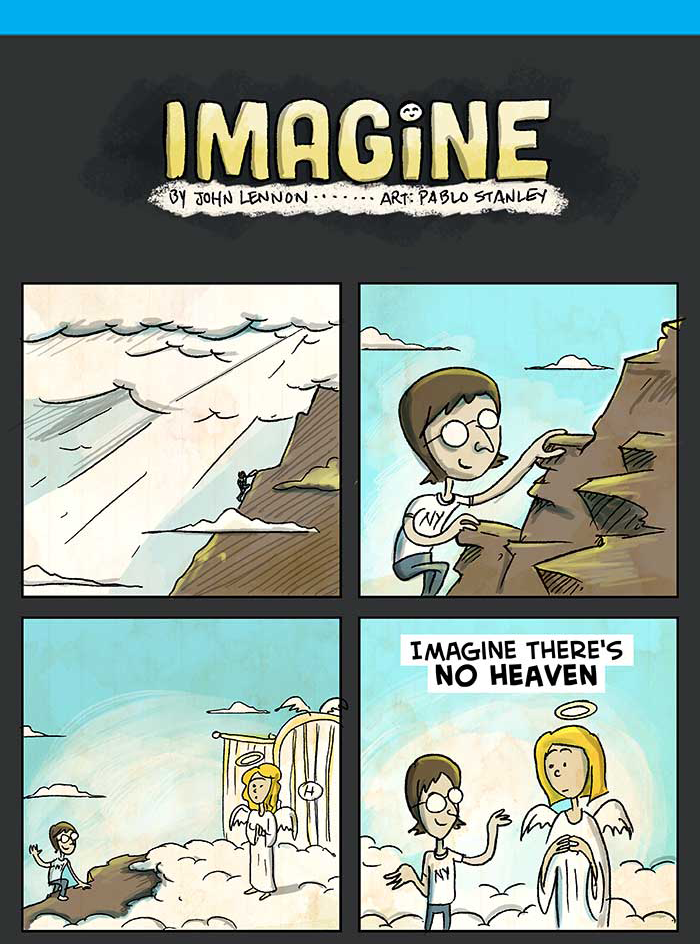 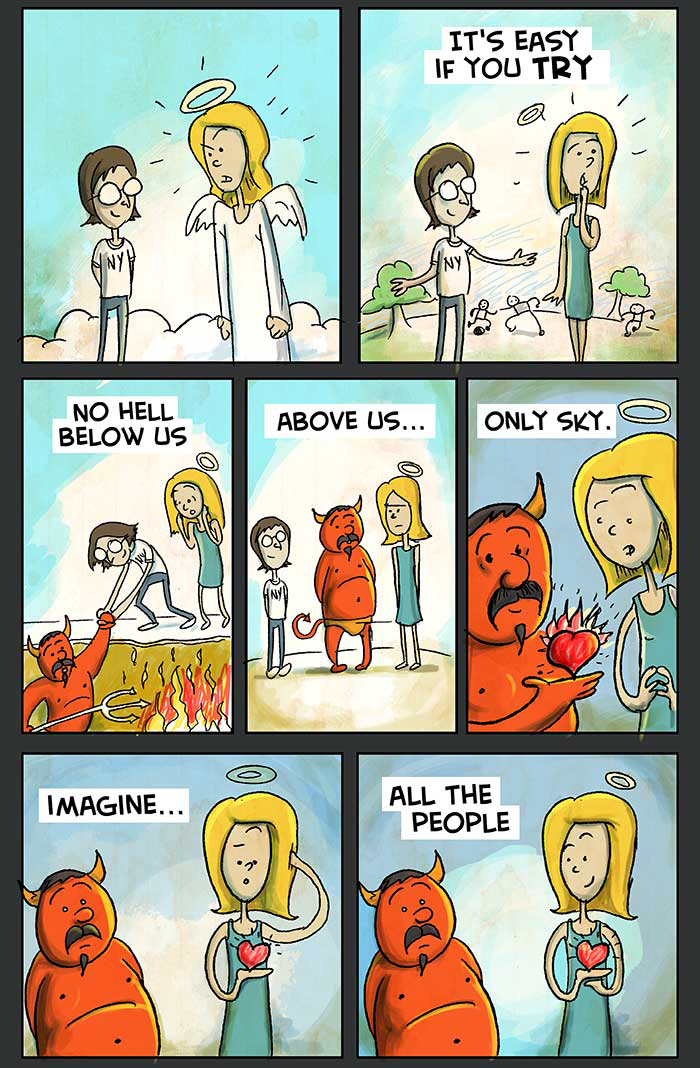 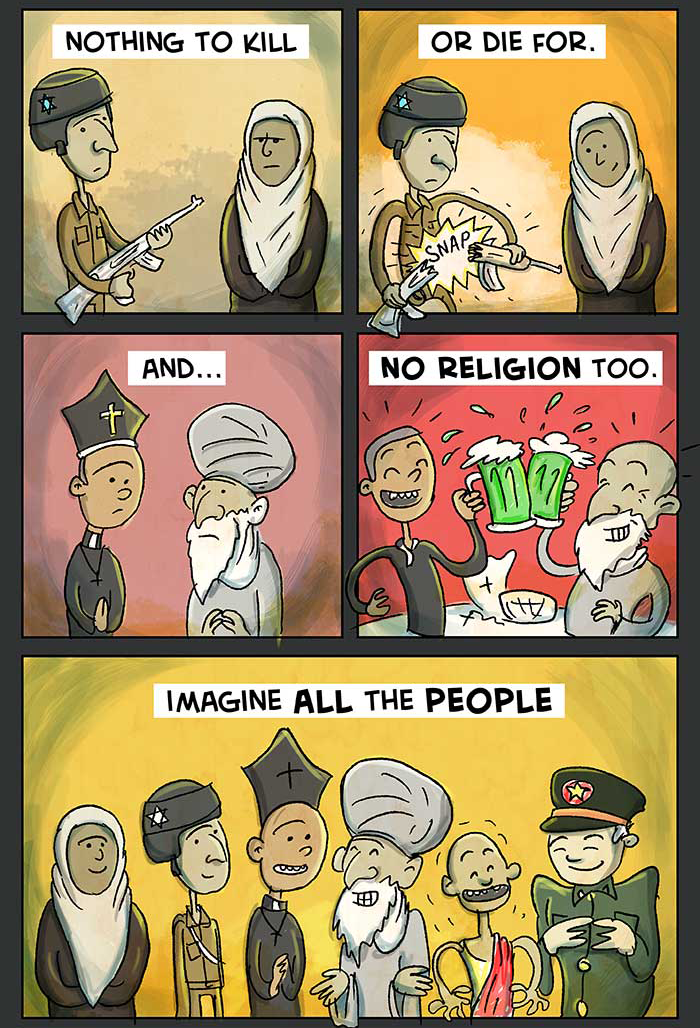 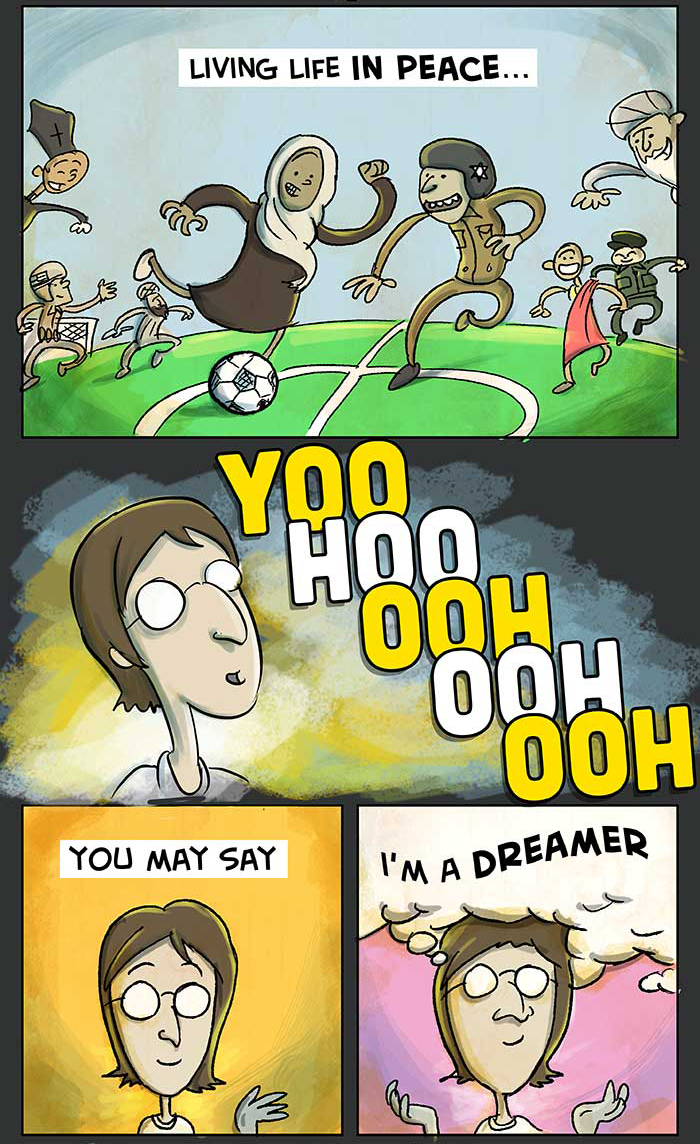 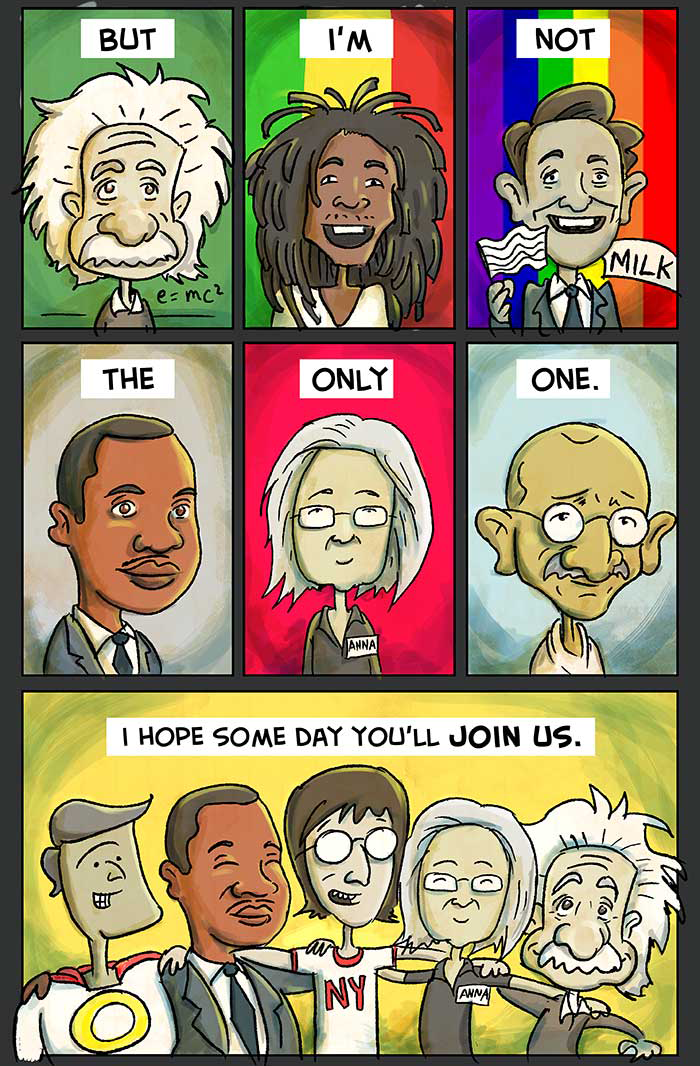 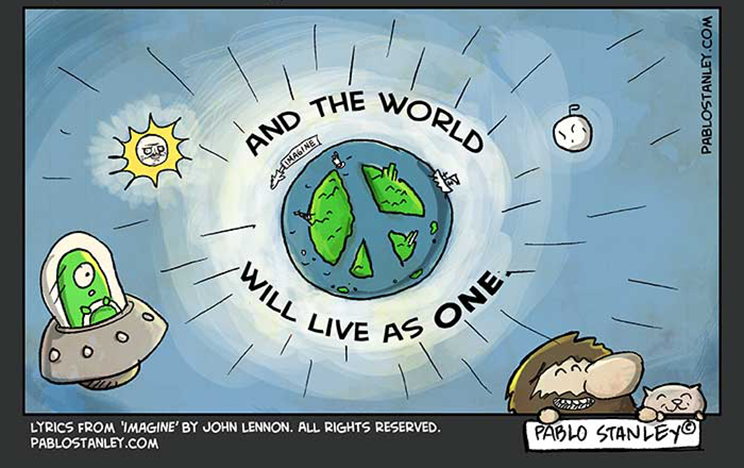 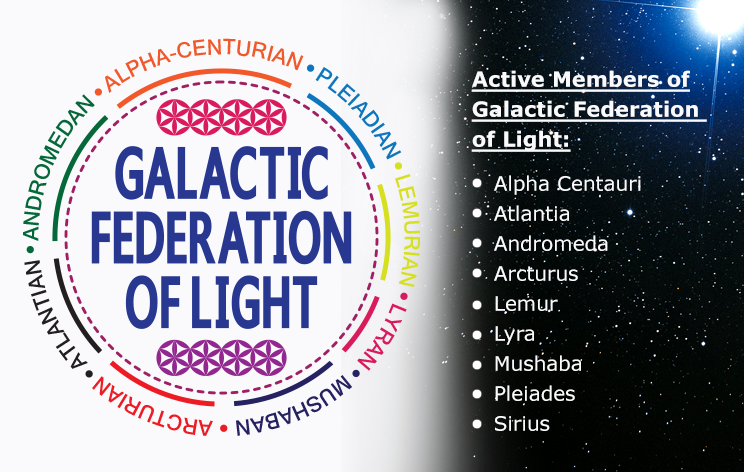